A Zimbabwean lawyer has on Tuesday 2 July 2019 filed an application in the
High Court seeking an order to set aside and declare the decision by
government to ban the multi-currency system in the country as grossly
unreasonable and unconstitutional.

Government on 24 June 2019 and without notice published regulations
known as the Reserve Bank of Zimbabwe (Legal Tender) Regulations S.I.
142 of 2019 which purportedly outlawed the basket of foreign
currencies as legal tender in any transactions in Zimbabwe and
declared as sole legal tender the Zimbabwe Dollar.

This directive confirmed the discontinuation of the multi-currency
system and further confirmed the Zimbabwe dollar as the sole currency
to be used in domestic transactions.

But in an application filed by Rudo Magundani and Evans Moyo of
Scanlen and Holderness Legal Practitioners, who are members of
Zimbabwe Lawyers for Human Rights, Godfrey Mupanga, a human rights
lawyer, who indicated that he is aggrieved by the government and RBZ
policies, wants the High Court to proclaim that the declaration by the
Reserve Bank of Zimbabwe (Legal Tender) Regulations S.I. 142 of 2019
are null and void in that they are in contravention of Section 134(c)
of the Constitution.

It is reported Mupanga argued that the regulations made by Ncube, which purport to
amend the principal legislation through subsidiary legislation are
manifestly inconsistent with the Act of Parliament under which they
are made and this in itself contravenes Section 134 (c) of the
Constitution of Zimbabwe.

The human rights lawyer argued that Ncube cannot amend a principal
legislation as this is a primary law-making power that can only be
exercised by Parliament and considering that the statutory instrument
would significantly affect the national economy or people’s lives.

Mupanga, who is also a lecturer at University of Zimbabwe charged that
the decision by government is grossly irrational and unreasonable in
that the use of the Zimbabwe dollar as sole legal tender was abandoned
in 2009 because it failed as a currency and that there is no evidence
that there are economic fundamentals in place to support the
introduction of the Zimbabwe Dollar.

Lastly, Mupanga argued that the sudden chopping and changing of
policies by government since the introduction of the bond notes and
coins undermines the trust and confidence of the public as well as the
international community and this in itself will undermine the value of
the Zimbabwe Dollar in the market.

The matter is yet to be set down for hearing by the Registrar of the
High Court. 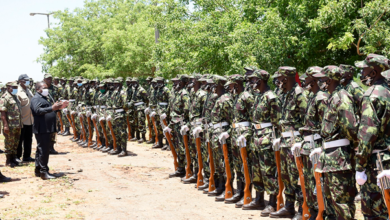