Deadly, attacks on health workers in Ebola-hit areas of the Democratic Republic of the Congo (DRC), including one at the weekend that left two dead, are an indication that combating the disease outbreak will require far greater international support, UN humanitarian chief Mark Lowcock said on Monday.

NEW YORK, United States of America, July 16, 2019,-/African Media Agency (AMA)/- Speaking in Geneva, Mr. Lowcock, the UN Emergency Relief Coordinator, insisted on the need to “be honest with ourselves” on tackling the haemorrhagic disease …unless there’s a big scale-up in the response, we’re unlikely to be successful in getting to zero cases”.

At his side, World Health Organization (WHO) Director-General Tedros Adhanom Ghebreyesus confirmed the attacks in Beni and the identification – for the first time – of an infected patient in Goma, a city of one million people bordering Rwanda.

According to WHO, almost 3,000 health workers have so far been vaccinated against the disease in Goma.

Insisting that he was confident sufficient preventative measures had been put in place, Mr. Tedros announced that he had decided to reconvene an Emergency Committee “as soon as possible to assess the threat of this development and advise me accordingly”.

The two top UN officials were chairing a high-level event on the ourbreak that included the DRC Minister of Health, Dr. Oly Ilunga, the Minister for Solidarity and Humanitarian Action, Bernard Biando Sango, and the Secretary of State for International Development of the United Kingdom, the Rt. Hon. Rory Stewart, as keynote speakers.

Since the latest Ebola outbreak was officially declared in the eastern DRC provinces of North Kivu and Ituri last August, there have been more than 2,400 confirmed and probable cases and 1,647 deaths, according to latest data from the country’s authorities.

Despite the high toll, the ongoing risk to neighbouring countries – not least Uganda, which has just overcome a recent case of DRC-originating Ebola infection – and reports that the disease has reached the large city of Goma for the first time via an infected pastor, Mr. Lowcock noted that “just a small fraction” of the $2 billion fund to tackle the 2014-16 West Africa Ebola outbreak has been made available to date.

The UN official also credited MONUSCO, the UN peacekeeping mission in DRC, for facilitating the work of health teams tasked with tracing potential Ebola patients, in areas prone to attack by armed groups, in an appeal for greater political and financial support.

Without this help, Mr. Lowcock warned, Ebola treatment centres risk closing.
It is also likely that there will be fewer teams able to carry out the vital work to “immediately investigate, isolate, treat and trace each new case, no matter where the disease pops up”, he said.

“We have started to get some momentum in former hotspots Butembo and Katwa, but unless we scale up the response we risk losing it,” he added. “The cheapest strategy is to invest fully at this point and to stop the current outbreak rather than to under-invest now and have the outbreak linger over a longer timeframe and possibly spread further geographically.”

Echoing that message, WHO’s Mr. Tedros noted that although the Ebola case in Goma was very concerning, the agency had already vaccinated 3,000 people and ensured that the infected pastor was receiving care.

The deaths of two Ebola responders – “murdered in their home” – brought to almost 200 the number of attacks on health facilities and workers since January, with seven people killed in the violence to date, Mr. Tedros said, noting that every incident “gives Ebola an opportunity to spread..(it) gets a free ride in each and every attack”.

“Just when we start to get control of the virus in one area, it appears in another,” the WHO top official said. “Every attack sets us back. Every attack makes it more difficult to trace contacts, vaccinate and perform safe burials.”

Despite the complexity of the challenge in DRC and the “very high” risk of further spread, the efforts of front-line responders, the Ministry of Health, WHO and partners have been “heroic”, Mr. Tedros said, in reference to the more than 161,000 people vaccinated, 140,000 contacts traced and 71 million travellers screened, at a cost of $250 million “and counting”.

‘Frankly, I am embarrassed to talk only about Ebola’

Outside DRC, moreover, more than 10,000 people have been vaccinated in Uganda, South Sudan and Rwanda, he continued, while noting that after several visits to DRC, he had come to realize that it had many more problems to contend with than Ebola.

“I have travelled to North Kivu six times during this outbreak,” he said. “Frankly, I am embarrassed to talk only about Ebola. Together, we will end this outbreak. But unless we address its root causes – the weak health system, the insecurity and the political instability – there will be another outbreak.” 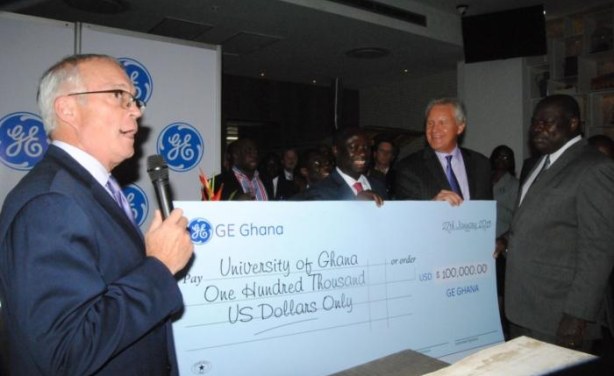