JOHANNESBURG, South Africa, July 18th 2019,-/African Media Agency/- 2018 was a true landmark year for the END Fund. We saw more treatments delivered than any year prior and surpassed US $1 billion worth of treatments across Africa since our founding in 2012. In South Africa, we helped elevate Neglected Tropical Diseases (NTDs) to the global stage in celebration of Nelson Mandela’s legacy at the Global Citizen event. In Kenya, together with our partners we rolled out a groundbreaking triple-drug therapy to treat elephantiasis (also known as lymphatic filariasis). Almost 750,000 health workers were trained to deliver treatments and educate communities on prevention in 23 African countries.We also took part in commencing an ambitious project to completely eliminate river blindness and elephantiasis from six African countries which include Chad, Ethiopia, Senegal, Mali, Niger and a key cross-border area in South Sudan.

We celebrate this Mandela Day in honour of the great man Nelson Rolihlahla Mandela who went beyond being a citizen of one country to being a global citizen. In making everyday a Mandela Day at the END Fund, our view is that coordination of NTD activities on the continent is key to Africa’s success because disease transmission is not limited and can spread beyond geographical boundaries if unmanaged. In any given mass drug administration that we conduct with local implementing partners, you will see real people, with real lives and families affected by diseases that should have been long since eliminated. Neglected tropical diseases (NTDs) are a group of parasitic and bacterial infectious diseases that affect more than 1.5 billion of the world’s most impoverished people, including 836 million children. Over 40% of the global NTD burden is concentrated in sub-Saharan Africa, where the END Fund focuses the majority of our work. There is no excuse for not picking up the baton and playing our part when in fact, fifty cents (USD) per person per treatment, on average, is the cost to treat and prevent the most common NTDs. That knowledge is what drives us to continue on the movement to End Neglected Tropical Diseases. For any program to succeed, it requires strong community participation and contribution. Join us on the movement to End Neglected Tropical Diseases.

About the END Fund
The END Fund is the only private philanthropic initiative solely dedicated to ending the five most common neglected tropical diseases (NTDs), which affect more than 1.5 billion people globally. It efficiently puts private capital to work, advocating for NTD programs that are innovative, integrated, and cost-effective. It facilitates strong partnerships with the private sector and aims to support national disease control programs in over 29 countries.
Since its founding in 2012, with its partners, the END Fund has provided over 500 million donated treatments worth almost $933 million, over 11,400 surgeries for people suffering from the effects of the advanced stages of elephantiasis and trachoma, and trained more than 1.1 million people in NTD control and elimination efforts.

For more information on how to partner with the END Fund in Africa, contact Joy at jruwodo@endfund.org 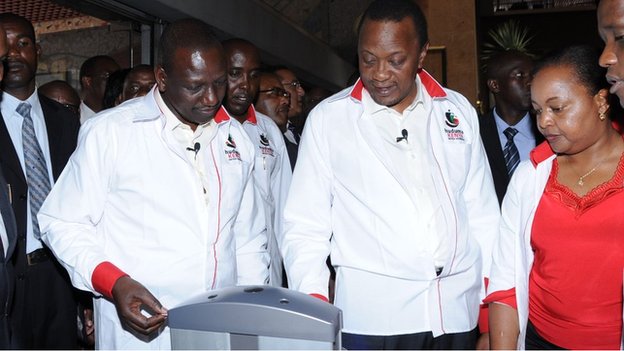