MARRAKESH, Morocco, July 05, 2019,-/African Media Agency (AMA)/- At the 3rd Women in Africa Annual Summit held in Marrakech June 27th and 28th, 2019, the delegates coming from more than 80 countries agreed that African women need to take the leading role in defining how they want to develop business with the rest of the world.

“Together we are and we will change the centuries’ old story of Africa through the magic of women from all part of Africa, from Asia, the Middle East and America and from the few men who have understood that we are changing Africa for the greater good of all of us,” said Women in Africa President Hafsat Abiola.

The ‘greater good’ was symbolized by the exceptional presence of Alaa Salah, the 22-year-old Sudanese student, now known throughout the world as the Lady Liberty of Sudan after she spoke up in a demonstration demanding the installation of a democratic and civilian government in her country. As she did last April, she reminded the audience the poem she read, standing fearless on top of a car: “It is not the bullet that kills; What kills is the silence of people.”

The 550 women and men leaders, representing the economic, governmental, cultural and civil society from more than 80 countries never kept silent during the Women In Africa third annual summit and the parallel WIA54 program dedicated to laureate women entrepreneurs coming from every African country but one.

Placed under the High Patronage of his Majesty King Mohammed VI, the Women in Africa annual conference welcomed for the first-time official delegations from the United States, the Middle East and Asia. Together, they worked on the theme: “How African Women Engage the World and Create a New Paradigm.”

“If you get the right people together and get them engaged on subjects, great things happen,” said the Kuwaiti Princess Intisar Al Sabah who attended the conference along with a delegation from her home country. “From the opening speech, the whole subject was: ‘let us collaborate for a better Africa and a better world.’ This set everyone’s mood to engage and collaborate with one another.”

Three specific sessions addressed how Africa can revisit its business relationships with America, Asia, and Europe.

“We have to stop thinking ‘charity’ when we talk about women of Africa,” said Aude de Thuin founder of Women in Africa and of the Women’s Forum for the Economy & Society. “The only message is, ‘women in the economy are at the same level as men,’” de Thuin added.

If Africa has done a lot of work in terms of empowering its population to be able to scale up and create a wealthy continent, there remains a gap in how the rest of the world understands the kind of development Africa is going through.

The presence of Africa and of African women in the media around the world appeared to be one of the two key paths toward creating a new paradigm. As American television anchor and lawyer Star Jones explained, it is urgent that Africa, and especially African women write their own narrative. “In other words, you do not want to allow the news media to dictate how the world sees you,” Jones said. “You write your own narrative and you tell the world who you are.”

“Africa is capable of producing its own images and telling its own stories,” added Denise Epoté, Regional Director for TV5 in Africa.

The other path to a new paradigm is to take the lead of professional investment prospection in Asia, beyond India and China through a demanding process that includes transparency and positive social impact.

Acknowledging the growing diversity of African-Asian economic exchange, delegates agreed that Europeans need to revisit their own business relationships with African countries and corporations to remain competitive.

The new African paradigm was also implemented at Women in Africa by the 53 women entrepreneur laureates of WIA54 2019, an initiative launched by WIA Philanthropy Foundation and aimed at high-potential African women entrepreneurs who are creating tomorrow’s Africa. They all participated in a two-day series of training workshops to guide them on the fundamentals of a startup at the crucial moments of its development.

“Africa is the only region in the world where more women than men choose an entrepreneurial career, a reality that underscores the work of Women in Africa Philanthropy, which we are proud to sponsor for the second consecutive year,” said Société Générale CEO Frédéric Oudéa in closing of the summit. “Opening a field of possibilities to the feminine dynamic will have a certain impact on the future of the African continent.”

“The 53 Women Entrepreneurs represent every country of Africa but Eritrea,” explained its program manager Seynabou Thiam. “They were selected among 1,800 applicants, which confirms the force of women entrepreneurship in Africa,” Thiam explained.

“These young women entrepreneurs represent the future of not only their countries but the future of Africa and the world,” said WIA54 Godmother Ann Walker Marchant, founder of The Walker Marchant Group in Washington D.C. and a former White House Special Assistant to President Bill Clinton. “They are innovative, creative and fierce. They are breaking glass ceilings and changing the perception of business in Africa. These fresh faces are the future.”

Seven of the 53 WIA54 2019 were also honored and their projects distinguished on seven different themes during a ceremony that started and concluded with a spontaneous enthusiastic and emotional party:

* Ley Zoussi (Republic of Congo) in agriculture for Complete Farmer and her community agriculture platform;

* Gladys Nelly Kimani (Kenya) on digital for Class Teacher Network and her application that digitizes the school path;

* Fadzayi Chiwandire (South Africa) in education for DIV:A Initiative, her NGO that teaches young girls how to code;

* Ehiaghe Aigiomawu (Nigeria) in fintech, for Vesicash and her instant escrow technology;

Roland Berger and Women In Africa published on this occasion their third study on African Women Entrepreneurs. Although Africa has more women entrepreneurs than any of the other continents (24% of women are entrepreneurs), African business women could make their startup companies more sustainable and profitable if access to professional training, support, telecommunications and banking structures were developed.

AMOYA: African Man Of the Year Award
The AMOYA Award was presented this year to Younes El Mechrafi, Director General of the Moroccan Games and Sport (MDJS) and Vice-President Africa of the World Federation Federation for Company Sport.

Indeed, the MDJS supports and sponsors initiatives for the inclusion of women in sport:

* The association “Women, Achievements and Values”, chaired by Moroccan track and field champion Nezha Bidouane, organizes women’s races to mobilize and raise awareness on the importance of physical exercise.

African Agricultural Woman of the Year Award
“Women play a major role in agricultural production and product processing, and their role is essential in the development of food security,” explained Abiola.

In 2020, Women in Africa and Moroccan company OCP will present for the first time the African Agricultural Woman of the Year Award to recognize in Africa and beyond a woman leader in agriculture for her good practices and innovative solutions.

The work of Women in Africa has also been made possible thanks to an engaged network of 34 Ambassadors, and 22 of them traveled to Marrakesh this year from faraway places such as Djibouti and Colombia. For the two days preceding the summit, OCP hosted this group of committed senior women leaders at their Polytechnique University Mohammed VI of Benguérir for a series of brainstorming meetings led by Roland Berger. WIA Ambassadors devised new actions and projects to reach out to women leaders throughout the African continent including the works of WIA Agriculture, WIA Education, WIA Mentoring and local debates on culture and education, thus conceiving new directions for Women in Africa.

Closing the conference with a conversation with Alaa Salah, Abiola invited the activist-who studies architecture-to become the first young leader of Women in Africa, a program to be launched in 2020 and told her that she has now a group of women leaders who will cheer for her to become a politician, and perhaps not in the distant future, President of Sudan. The delegates of Women in Africa actually did not wait: they jumped on the stage, and one after the other, they all gave Salah a hug.

Distributed by African Media Agency (AMA) on behalf of Women In Africa.

About Women In Africa
Women in Africa (WIA), founded by Aude de Thuin in 2016 and chaired by Hafsat Abiola, is an international platform dedicated to the economic development and support of leading and high potential African women. Through this initiative, WIA wishes to reveal the potential of African women and connect them at a continental and international level. The 3rd WIA Initiative Summit will be held in Marrakech on June 27-28, 2019 and will be under the high patronage of His Majesty King Mohammed VI. 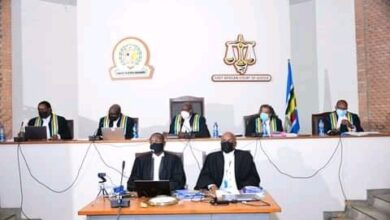 Researcher: Signs of anglophone crisis were there 20 years ago 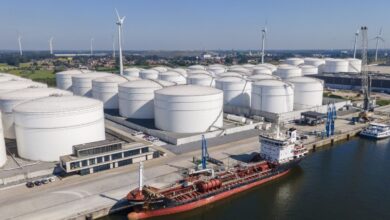