Farmers in Nyanza District of Southern Rwanda have pleaded with the government to slash down prices on hybrid seeds of maize and potatoes.

Speaking to journalists last week, the farmers said some seeds prices doubled in the last season which started in March compared to the last September’s season.

However, government disagrees on such prices’ hike, explaining that prices usually increase with time but they do not abruptly double as farmers reported. According to Rwanda Agriculture Board (RAB), seeds are in different types and, therefore, have different prices depending on their quality and cost of production, among other factors such as importation costs and local currency depreciation.

Veneranda Kanjara, a farmer in Gatagara Cell of Mukingo Sector in Nyanza District, said seeds’ prices have hiked at the time the land lease has increased by almost seven times, pushing farmers into terrific losses upon the harvest.

“We bought maize seeds at Rwf295 per a kilogram last year but it doubled to Rwf590 this year. This challenged farmers and some of them opted out of improved seeds to grow traditional seeds which yield poor produces,” she said.

Ms. Kanjara said that she harvested Rwf54,780 worth maize but took home Rwf7,500 only after paying for inputs and land lease.

Sylvestre Munyampara, a leader of Nganzo farmers’ cooperative in Busasamana Sector, appealed for government’s subsidy on potato hybrids in Nyanza District for lowering the price which is currently at Rwf450 per a kilogram.

“Our cooperative of 70 members operates 12 hectares of land. We buy maize seed at Rwf540 subsidized price per a kilogram but we register low interest as we harvest below five tonnes of maize per hectare,” he said, adding that the potato crop is more beneficial as they harvest at least 15 tonnes of potatoes on a hectare of land and in a much shorter period of time which is almost half of the period that the maize crop takes.

Government usually subsidizes selected crops for a particular district depending on the soil and climate of the area as indicated in Rwanda’s Strategic Plan for the Transformation of Agriculture (PSTA4). In this regard, selected crops for Nyanza District are cassava, maize, soya and rice but others such as beans and potatoes can still be grown without relying on government’s subsidy.

Gustave Nzungize, Director of Agriculture and Natural Resources in Nyanza District, said the district follows seeds’ prices which are set by the Ministry of Agriculture and pledged to advocate for lower land lease in order to ensure that farmers benefit from their business.

“We are advocating for reducing the land lease at the district’s advisory council which decides the lease. We are sure of lower lease fees in this 2019/2020 fiscal year,” said Nzungize.

When the government of Rwanda introduced hybrid seeds over the last 20 years, farmers were reluctantly growing the costly imported seeds which were given to them for free, according to government officials.

Farmers progressively embraced the improved seeds over time as they realised their better yields compared to those yielded by traditional seeds.

This love of hybrid seeds was the initial reason behind the government’s subsidy and now, since the love is there, government is slowly pulling out the seed subsidy in order to support other areas such as agriculture mechanisation, according to RAB’s Seed Division Manager Daniel Rwebigo.

Mr. Rwebigo told Pan African Visions on Monday that, though maize seeds’ prices keep increasing with time, they have not doubled as farmers said but farmers might choose more expensive seeds over others.

“Hybrid seeds’ prices increase due the increase in their production and importation costs in addition to the local currency depreciation which is the main factor. These seeds are mainly imported from Kenya and Zambia,” he said.

“Government subsidy on seeds is also reducing as we invest more in producing hybrid seeds locally. There is a maize hybrid seed we import at Rwf2,490/kg but a farmer pays Rwf1,000 while the government’s subsidy covers Rwf1,490, but there are also cheaper maize seeds at even Rwf450/kg. We encourage famers to embrace cheaper locally multiplied seeds because they also generate good yields.”

Rwebigo said that over 50% of the seeds grown in Rwanda are locally multiplied with some crop seeds such as wheat and soya being locally produced at 100%.

“Maize hybrids are not yet ready in our research but we are also working on them with a target to have at least 45% multiplied locally by next year,” he added.

Rwanda has been importing around 3,000 metric tonnes of seeds at the tune of Rwf2 billion annually but targets to reduce seed imports to 1,000 tonnes next year as more improved seeds get produced locally, according to Mr. Rwebigo.

Has Jacob Zuma hurt the fight against Aids more than Thabo Mbeki? 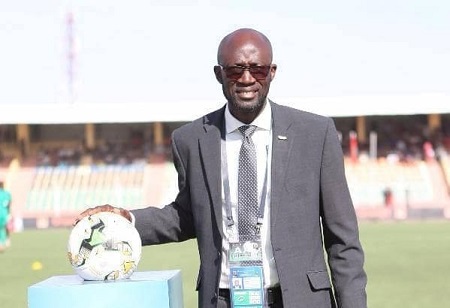