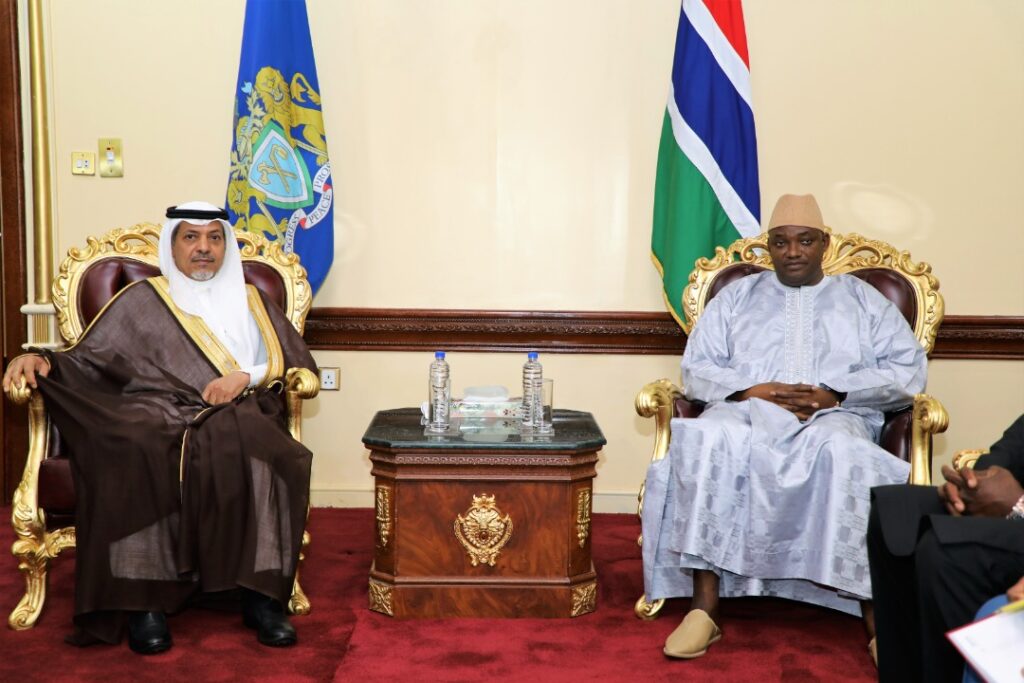 President Adama Barrow on Wednesday, 10 July 2019 received the Letter of Credence of the new Saudi Ambassador of the Kingdom of Saudi Arabia to The Gambia, H.E Aldosary Fahad at the State House.

President Barrow said: “The relationship between The Gambia and the Kingdom of Saudi Arabia is stronger than it could ever be throughout the history of the two countries. I am optimistic that Saudi Arabia will continue to stand with The Gambia, especially in hosting the 2022 Summit of the Organisation of Islamic Conference (OIC) in Banjul.”

Saudi Arabia already provided $92.5Million financing to supporting the efforts of The Gambia towards the successful hosting of this summit. The President explained the seriousness his government attaches to the projects, which will provide roads, improve water and electricity supplies, building of a new VVIP complex and support the building of hotel in preparations for the Summit in Banjul.

Ambassador Fahad as the representative of the King of Saudi Arabia and Custodian of the Holy Mosque to The Gambia, also pledged to work towards strengthening the cooperation and relations between Riyadh and Banjul to the anticipated vision of the two leaders.

The Ambassador said Saudi Arabia is committed to continue standing with The Gambia in supporting its development aspirations. The two countries share long history of fraternal relations.