APA-Windhoek (Namibia) – Namibia’s education, arts and culture minister Katrina Hanse Himarwa has tendered her resignation from Cabinet after she was convicted of corruption in Windhoek High Court on Monday.

She was charged under the Anti-Corruption Act for corruptly using her office, as the then governor of Hardap region in 2014.

The 52-year old politician has been Hanse-Himarwa has been on trial since October 2018.

She was charged for ordering the removal of two people from the list of beneficiaries for government low-cost housing programme at Mariental and replace them with her relatives.

Judge Christie Liebenberg in her judgement stressed that there was overwhelming evidence from witnesses presented before the court during the trial that proved Hanse-Himarwa used her position to manipulate the original list of the mass housing project to favour her relatives.

After the hearing, Hanse-Himarwa told the media that she is not going to resign despite the guilty verdict. But on Tuesday, she announced her resignation from the ministerial post she held from March 2015.

President Hage Geingob on Tuesday accepted the resignation of the Katrina Hanse-Himarwa, minister of education, arts and culture, following the guilty verdict on Monday on charges of corruptly using her office to obtain gratification, State House announced.

In her media statement, the former minister confirmed her resignation and apologized to President Hage Geingob and the public for her transgression.

“I apologise to both him (Geingob) and the Namibian people, as I know this Conviction has been a source of disappointment and distress for many who know me. When I was appointed as Minister of Education, Arts and Culture on 20 March 2015, I took a constitutional oath to, inter alia, uphold, defend and protect the constitution and serve the Namibian people to the best of my ability. I have upheld this constitutional oath with the conscientiousness that was required of me. This resignation is within the context of this obligation,” Hanse-Himarwa said.

However, Hanse-Himarwa who is also a member of the central committee and politburo of the ruling SWAPO Party vowed to appeal the verdict in the Supreme Court.

“I strongly believe that all Namibians, including public office bearers, have the right to a fair trial and are innocent until proven guilty. In light of the High Court of Namibia’s verdict yesterday, 08 July 2019, I intend to exercise my full legal rights, through the appropriate legal channels.

“I understand the seriousness of the conviction and I am also mindful of the President’s strong views on transparency and accountability. In this light, I herewith confirm that I have requested to be relieved of my duties as Minister of Education, Arts and Culture, with immediate effect,” Hanse-Himarwa said.

She was released on warning and will return to court for sentencing on July 24, 2019.

She was among presidential nominees to the National Assembly by President Geingob, who appointed her to Cabinet.

Meanwhile, State House announced on Tuesday that President Geingob has accepted the resignation of one of her strong allies in the ruling party.

Presidential spokesman Dr. Alfredo Tjiurimo Hengari told media in Windhoek that  Geingob commends Hanse-Himarwa for the decision she has taken, accepting to live up to her responsibility by respecting the rule of law and the institutions of the Republic of Namibia.

“With the guilty verdict by the High Court of the Republic of Namibia, and in line with the expressed commitment by President Geingob to transparency and the fight against corruption, the Head of State would have been left with no option but to relieve honourable Katrina Hanse-Himarwa of her ministerial responsibilities. It is in this light that President Geingob accepts the resignation of Honourable Katrina Hanse-Himarwa as Minister of Education, Arts and Culture,” Hengari said. 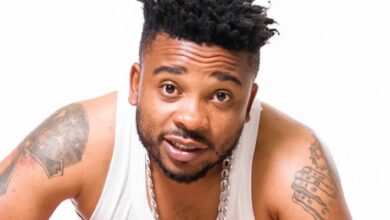 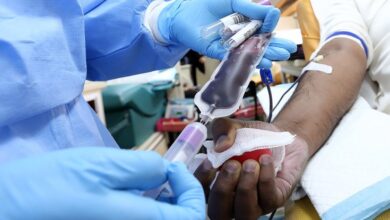