GENEVA, Switzerland, July 3, 2019,-/African Media Agency (AMA)/- The lives and security of Tripoli’s 1.2 million civilians hang in the balance as warring parties use a range of sophisticated weapons imported into Libya in contravention of a UN arms embargo, Amnesty International said today as it released a new video marking three months since the battle began.

The escalating violence since 4 April has forced more than 100,000 civilians to flee from their homes and knocked out the electricity supply for long periods each day – impacting health care and other basic services in many parts of the city. Rocket and artillery strikes often hit civilian areas far from the frontline and frequently disrupt flights into Tripoli’s only functioning airport.

“The drastic impact of the battle for Tripoli is even visible from space, with satellite imagery showing large swathes of the city now cloaked in darkness. Meanwhile footage and photographic evidence we have gathered and verified from the ground show that civilian areas, homes and infrastructure are bearing the brunt of the damage,” said Magdalena Mughrabi, Deputy Middle East and North Africa Director at Amnesty International.

“The UN arms embargo is meant to protect civilians in Libya. But Jordan, the United Arab Emirates and Turkey, among others, are blatantly flouting it by providing sophisticated armoured vehicles, drones, guided missiles and other weapons. The UN Security Council must urgently take steps to enforce the embargo, and the warring parties must respect international humanitarian law and stop recklessly endangering civilians.”

Armed conflict in and around Tripoli escalated on 4 April 2019, when forces from the self-proclaimed Libyan National Army, led by General Khalifa Haftar, launched an offensive to capture the city from Libya’s internationally recognized Government of National Accord.

Since the offensive began, both through sources on the ground and analysis of verified video content and satellite imagery, Amnesty International has documented both sides violating international humanitarian law – including potential war crimes – with indiscriminate attacks on residential areas and attacks on migrant and refugee detention centres.

The UN Security Council imposed a comprehensive arms embargo on arms supplies to and from Libya in February 2011 (Res 1970). Since June 2016 (Res 2292), the Security Council has authorized member states to inspect vessels on the high seas off Libya’s coast believed to be in violation of the arms embargo.

Seychelles and Mozambique agree to boost their bilateral cooperation 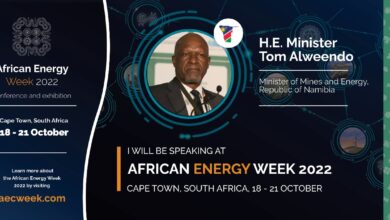