Kenyan government has renewed licenses of 10 out of 27 betting companies after complying with the new set of rules for the industry players.

Early this month the Interior Cabinet Secretary Dr. Fred Matiang’i annulled licenses of 27 betting firms for breaching the rules and regulations. The move was arrived at after owners failed to adhere to the tough rules aimed at regulating betting in the country. They had up to July 1, 2019 to renew their permits.

The new rules oblige them to operate within the country’s laws governing the betting industry, pay tax and show their financial stability in the past four years.

The directive issued saw the firms’ pay bill numbers and short codes shut down and gamers ordered to withdraw their funds deposited in the companies wallet.

Kenya’s biggest betting company SportPesa is leading the list of the firms affected by the directive and its fate still hangs in the balance. The gaming operator which sponsors various sports activities in the country rubbished the government reports that it is evading tax.

The company through its CEO Ronald Karauri said in 2018 they generated revenue of US$194 million, made a gross profit of US$90 million and paid US$64 million in taxes.

Meanwhile, Football Kenya Federation (FKF) has decried over financial challenges that await football activities in the country should the status quo remain.

FKF President Nick Mwendwa has pleaded with the Betting Control and Licensing Board to review its decision in order to save the country’s football from crumbling.

“We are on the verge of losing approximately US$60 million as football will be affected in the fight. If SportPesa exits, we will be left without a title sponsor for the league and Shield Cup. Gor Mahia and AFC Leopard and the national team will also suffer and this is why I am asking the government to have football in mind as they do their regulations. Honesty, without them, we will struggle and even the big international matches will no longer be held,” said Mwendwa.

The national team Harambee Stars is sponsored by Betin Kenya which is also the casualty of the new laws. 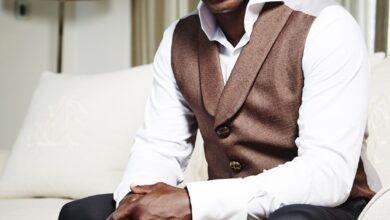