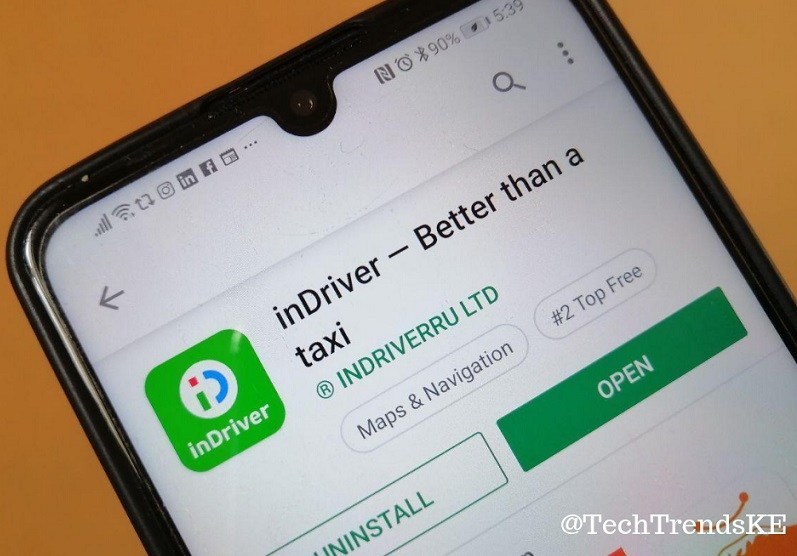 A unique international online ride hailing service, inDriver, which allows passengers to negotiate the fare with drivers, has begun recruiting drivers in Harare for the service, which it intends to launch in the capital towards the end of this month.

inDriver, which is headquartered in New York, has 26 million users in more than 200 cities throughout the world. The service is already operating in South Africa, Kenya, Tanzania and Uganda.

The inDriver app is used by passengers and drivers to be linked up and negotiate fares. The app can also be used by drivers to apply to be registered on the app.

The coming to Harare of inDriver should benefit those in need of transport for a specific journey and the drivers. The passenger proposes a fare on the app. Nearby drivers can decide whether to take up the request at the passenger’s proposed fare or make a counter proposal.

The agreement between passenger and driver is entirely voluntary. A driver is not obliged to accept any proposal. He or she agrees to drive the passenger on a journey that will be profitable and fit in with his or her personal schedule.

Unlike other ride-hailing services, inDriver drivers can see the starting and ending points of a journey that are put by the passenger in the app. A safety button for both driver and rider, linked to emergency numbers has been incorporated into the app. In addition, both parties can share their GPS location and other details of rides in real time with trusted contacts.

For the first six months, drivers are not charged any commission. In other words they retain the whole fare without any payment to inDriver. Thereafter inDriver charges them a modest commission of no more than 10 percent, which is much lower than other ride-hailing services.

Drivers of taxis as well as private cars are eligible to apply for registration. They need to submit their identification document (ID), driver’s licence, a photo of the car to be used and background information.

The car should have four doors, be in good condition and no older than a year 2000 model. After reviewing the submitted documents, inDriver will inform the applicant if he or she has been accepted.

“We want the passengers and drivers to determine independently and directly a fair and favourable price for each route. In inDriver it is up to each driver to take a ride request, skip it or send a counter offer. We want to give the power of setting prices back into the hands of passengers and drivers. As a result, drivers will be able to get higher income while enjoying more transparency and flexibility,” said inDriver marketing director Yegor Fedorov.

Nigeria:I didn’t purchase any house for my son in Abuja – Malami