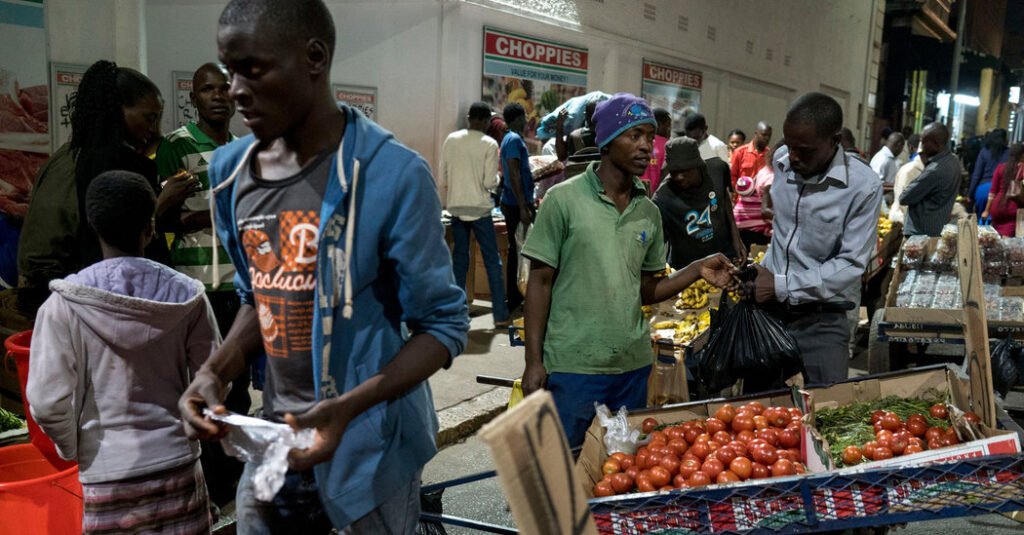 The old adage that if you cannot beat them, join them, seems to be running true for Harare’s informal traders popularly known as vendors.

Used to running battles with municipal police and illegal and unsanctioned vending on the streets, verandas   and pavements of the Central Business District (CBD) of the city of Harare, the informal traders are now saying that it is time find each other and work with the local authorities for inclusive development and modernization of the city with global trends.

The Vendors Initiative for Social and Economic Transformation (VISET) is working on an initiative to promote the participation of vendors in economic policy and legislative processes. The initiative focuses on inclusion of informal traders in city planning and design and promotion of inclusive cities.

VISET has commissioned a survey conducted by   O’Brien Makore, an urban planner on inclusive city planning and design.

According to Makore, the changing urban dynamics, the scale of physical development and the globalizing world economy creates new challenges for informal traders.

“Informal traders are faced with the changing political, economic and social contexts as wells as increasing competition for space,” Makore said.

He added that despite all this, informal traders provide affordable goods, flexible link to supply chains, spur entrepreneurial spirit and give vibe to urban streets.

Makore said that vendors themselves have solutions to the emerging adaptive challenges and inclusive design processes. It is reported that based on the right to the city paradigm, VISET conducted a baseline survey meant to ascertain the real situation on the ground and the possible solutions.

According to Makore, inclusive cities is about rights of all urban inhabitants to access the benefits of urban life, including informal traders.” As such, it is critical to sustainably integrate the informal sector into the current urban set-up,” he said.

The survey has also revealed that globally, cities are embroiled in a liquidity crisis resulting in increasing rate of unemployment.

The current context in African cities highlights the relevance of collaborative planning, that is collaboration planning between residents, civil society, planners as well as political representatives.

It is reported that Harare as the capital city of Zimbabwe is facing a plethora of challenges which replicate the current economic, political and social context, according to Makore.

The study used a mixed methods research which combined both quantitative and qualitative methodologies. It combined interviews and two community meetings which were conducted in Harare and Chitungwiza with members of VISET.

This was part of the participatory design process of decent trading spaces as well as a platform to solicit the views of the informal traders, according to Makore.

Solutions proffered by informal traders include adequate and decent market spaces, an organized licensing system, affordable rates for market spaces, refurbishment of existing local market spaces, updating of current municipal policies and by-laws so that they speak to the growing needs of the informal economy.

The anticipated design process includes adjacent land uses, existing access for pedestrians and auto-mobiles, nearby landmarks that draw people to the areas, type of market for example city level, neighbourhood level, roadside and bus-termini, just to mention a few and main goods sold such as vegetables, perishables or consumer goods such as clothes and household items.

Outcomes expected by Informal traders revealed in the survey during community meetings include halting of evictions and damage of their goods, reduced police bribes, secure decent space for vending, increased sales and higher income and reduced harassment.

Through their input in the survey results which are planned to be handed to the city authorities for consideration, the informal traders have proposed urban design and planning innovations focusing on frontage areas, pedestrian areas, vending areas, service lanes and elevation views.

It highlighted the need for a gendered dimension of the informal traders with 62% being female and only 38% being male. The need to strengthen a gender policy in the informal sector has been highlighted.

On location of trading sites the study revealed that 63% of informal traders in Harare operate outside their locations of residence, with the bulk operating within the CBD.

“This is due to high sales opportunity and proximity to clients the CBD offers if compared to neighbourhood markets,” Makore said.

It also revealed that 37% of informal traders operate within their locations of residence, particularly at local shopping centers.

He said that this presents great opportunity of decongesting the CBD by revitalizing the already existing local markets.

Of the 96% operating on unregulated trading areas, lack of adequate ancillary infrastructure exposes both informal traders and their clients to serious health hazards.

It is added that the seemingly intractable situation at stake requires hard but necessary choices from both the informal traders and the local authorities.

It is added that informal traders need to ne innovative while the local authorities need to review the municipal policies.

According to the survey it is reported that this clearly affirms to the notion that the informal sector is a major contributor to the urban economy, hence the need to effectively integrate into the sustainable urban set up.

It is also reported that the planning and design of trading spaces has to conform to the critical reality and view the urban informal sector as a long term phenomenon which there to stay.

Sixteen are reported to sell both consumer and perishable goods. It is reported that this is critical bearing on the design of trading facilities especially in the CBD considering that blue collar informal traders require semi-permanent market structures while their counterparts the green collar informal traders are somewhat flexible and can operate effectively on moving market structures.

On pricing issues it is reported that the majority 98% of informal traders are willing to pay trading rates and the prevailing market prices are beyond their financial muscle, hence they opt for unregulated trading spaces. The study also revealed that while some were able to pay as much as US$20 per month, the majority 94% are able to pay US$5 per month for the formal trading spaces. ”With this at stake, cost-effective trading stalls and refurbishment of existing local markets becomes very   critical in addressing the challenge at hand,” the survey revealed.

Recommendations proffered by the informal traders in the survey include upgrading of existing neighbourhood markets into smart neighbourhood markets with all ancillary utilities, development of incidental spaces with the potential to  attract customers. Pedestrianization of the entire Speke avenue into a vending hub connecting the down town with smart vending stalls, urgent review of municipal policies and by-laws such that they incorporate the ever-growing urban informal economy into the current city local plans and government support through enterprise trainings and development of new markets and provision of affordable loans, just to mention a few.

How to steal from Africa, all perfectly legally