Ousman Sowe, the director general of the State Intelligence Services (SIS) has said that The Gambia is still going through the healing process, has urged all restraint in the country.

He told journalists at his office in Banjul on Monday that:  “Therefore, we should restrain from doing anything that may likely jeopardise the peace and stability that the country is known for,”

He said that: “Gambia is still on transition, we should collectively work together in the interest of national harmony, peace and continuity”

According to him, it’s the first time they’re having a government that’s formed in a coalition.

“We have also seen the country go through an impasse in an unprecedented manner up to the extent that a violent conflict was averted. This is a miracle and thanks to The Gambian people who are known to be law abiding. Therefore, that spirit should continue.”

“We have successfully managed our impasse and political crisis in the interest of national harmony, peace and continuity. Therefore, the spirit that shows Gambia through the political crisis should also prevail in order to allow the ongoing process like the TRRC, CRC, and Electoral Reforms among other government initiatives to take their course so that Gambia can reform their institutions for national development.”

“We should restrain in both our speeches and deeds because we are going through a healing process which is not yet completed. What we need at the moment is to focus on our national development priorities that will rapidly transform the country to meet other developed countries with tangible infrastructural development.”

“For the past 26 months, we have witnessed landmark changes in services marked by refocusing, recasting and re-positioning of the agency to deliver in its role as a state intelligence services. There has been no single detention. We came with the harsh tag ‘No More Excessive.”

Sowe explained that their operatives are focused on intelligence analysis in either report or assessments.

“We recast the services, gave it a new image and re-positioned it because the service is taking its co-mandate. We want to re-engine the service so that it can carry its national mandate.”

“Our deployment across the country is ongoing which has never happened before. In fact, as a result of this deployment, some communities benefited from water project, road network and transportation among others. We are collaborating with other security services in making the country safe and to improve our responses.”

“We want to assure Gambians that our country’s security situation remains calm and that the security services are working 24 hours in ensuring that we maintain that momentum. Our prayers and pledge is always to deliver effectively in order to make the country safe and secure in an environment devoid of excessive and arbitrary action.” 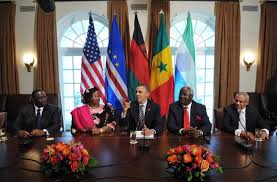