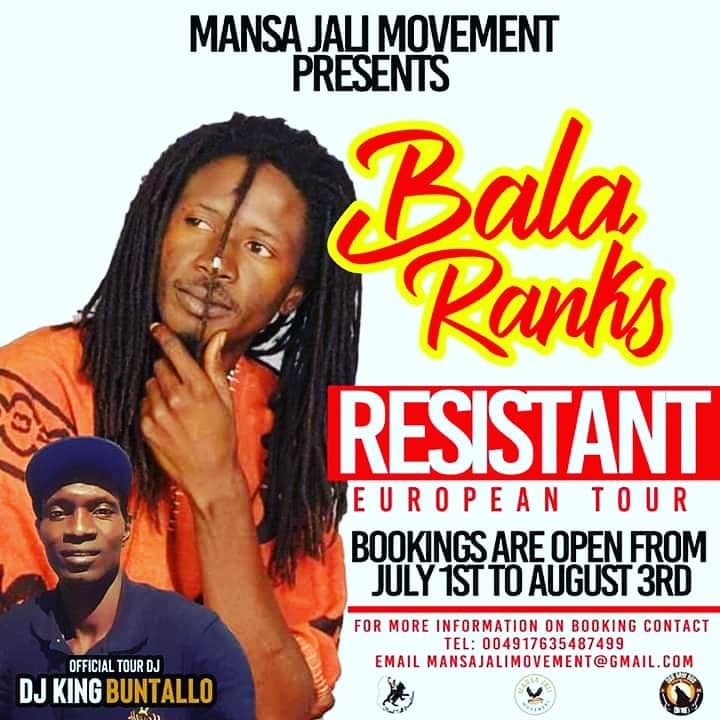 Bala Ranks, one of Gambia’s finest Afro-reggae artiste has arrived in Germany ready for the first time European tour on 19th July, 2019 at Hamburg City. To be back by DJ King Buntallo during the tour.

The Resistant European tour is organised by his label Mansa Jali Movement StandTall Promotions, where he will have shows in Germany, Italy, and Austria. Balla, also known as the Evil Hunter will record his next afro manding reggae album.

On Monday, Bala said that: “Giving thanks to the Almighty Allah for the blessing, I arrived safely in Germany. The tour is on! Looking forward to see you all in my coming events. More love and blessings to all”

Bala ranks is well known as Gambian afro Manding reggae artist he is pushing his music to the higher level by working with international producers and promoters around the world.

Marshal Telisman, Bala Ranks manager urged all Gambians to do their bookings and come in their large numbers to supports Gambian music.

“We want to reach out to wider audience and collaborate with different music guru around Europe by spreading positivity and entertain the people through the language of music,” Marshal Glasgow based Gambian promoter said.

Born on 26 July 1980, Musa Kuyateh, popularly known as Bala Ranks is a Gambian Afro- reggae artist born in a family of griots. His family has a number of singers and players of music instruments such as kora, balafong and some African instruments. His father was a renowned kora player and his mother was a singer.

At the age of 11, he began to learn how to play kora, but his father encouraged him to start learning religion at a local Arabic school. After completing his studies, he taught himself how to play kora because his father was too old to teach him anything.

In 2002, he moved Banjul and opened a carpentry workshop with his brothers. In 2005, he released two singles entitled ‘Am Not a Full’ and ‘Work Hard’. The songs were a hit and his fan base grew.

In 2006, he released two more singles titled ‘Allah Muta’, ‘Voice of The Children’ and two video clips namely ‘Am Not a Full’ and ‘Allah Muta’.

In 2008, he was part of the 30 young Gambian artists who were selected in a music competition called Gamcel Chart Busters. He was the first runner-up of the competition.

In 2009, he released two hits tracks called ‘Amako’ and ‘Badinyaa’. The songs were a national success and earned him a house hold name in the country’s music industry. In 2011, he released his debut album titled ‘E-Mira’.

The project features nine tracks such as ‘Allah Muta’, ‘Amakoyi’, ‘Badinyaa’, ‘Kafunyo’, ‘Kanay Dankong’ among others. In 2014, he released a second ten track album titled ‘My Home Land’. 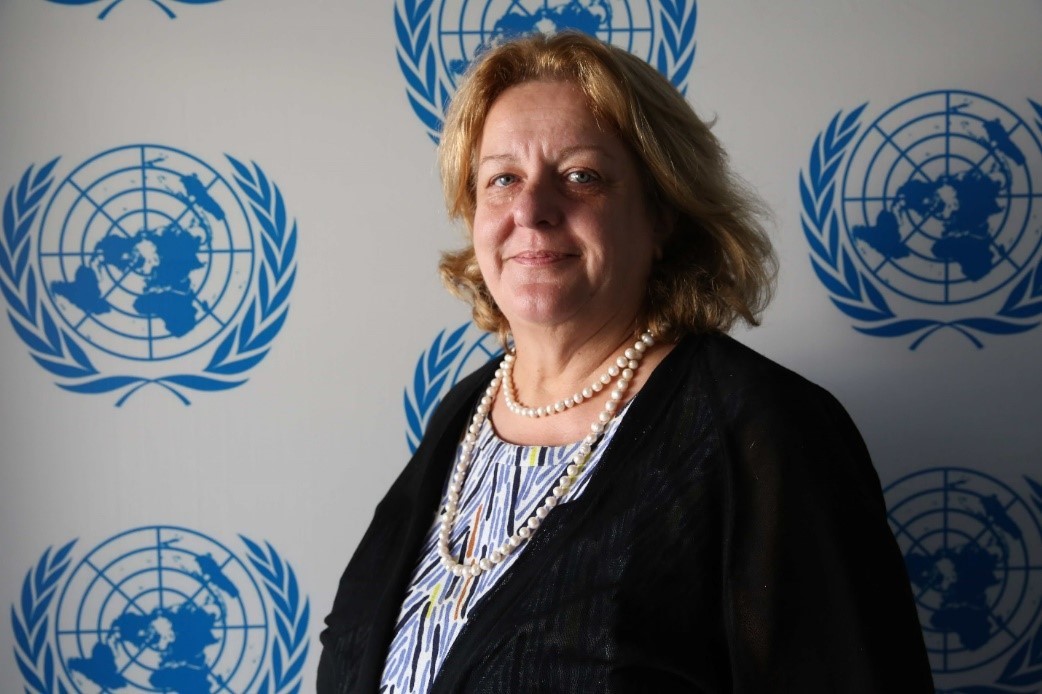