Kenya’s Affordable Housing Scheme has received a boost follow a commitment from Chinese and Qataris multinationals to construct 300, 000 houses.

Chines Companies have pledged to build 100, 000 houses whereas Qatari multinationals will construct 200, 000 houses.

Affordable Housing is part of Big Four Agenda spearheaded by the government. Others are manufacturing, food security and universal health.

In Beijing meeting, the main focus was on trade, infrastructure, industrial promotion, training, security and peace.

Mr. Macharia said Kenya and China agreed to bolster their partnership through the private sector as the Asian country’s government ready to allow African investors invest in the country.

He invited Chinese investors to bring more resources to Africa and also urging them to impart their skills into African people by awarding African students scholarships to study in China and giving them chances to train in their firms as interns.

The China-Africa Economic and Trade Expo provides a platform for cooperation and mutual exchange, showcasing tens of millions of commodities to make bilateral trade easier.

More than 50 African countries attended the summit during its inauguration last month. Kenya had the opportunity to showcase the Big Four Agenda, investment opportunities agriculture and tourism. 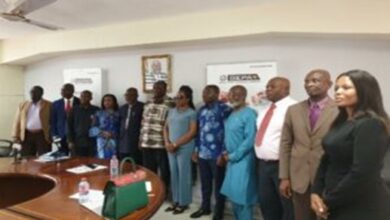