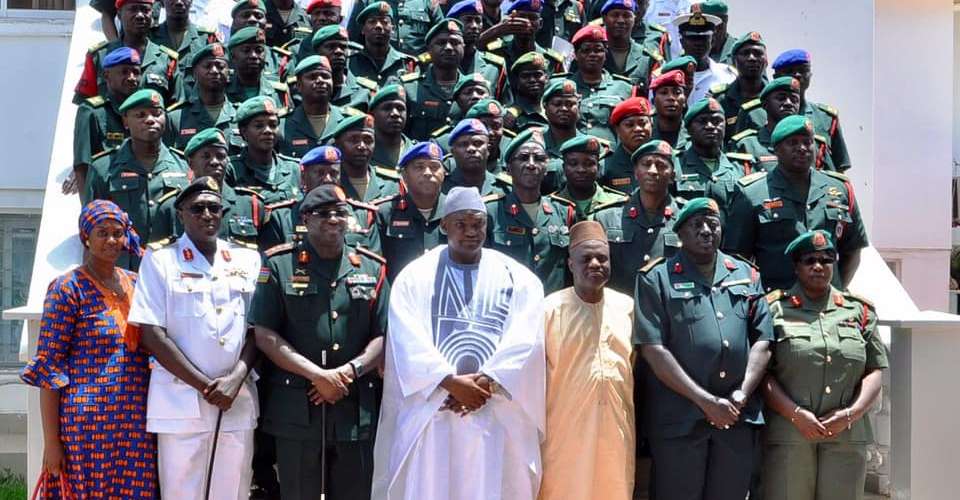 Time was when the Nigerian civil society flourished with inspiring agility and genuine enthusiasm for public good. That was the period the group seized the national turf with commanding decisiveness, and galvanized the Nigerian people towards seeing themselves as the ultimate sovereign who must take charge of their destiny by deciding the type of country they wanted. One recalls with nostalgia those memorable days that are now locked in the deep, dark recesses of the past.

Anyone who is conversant with the historic role of the country’s pressure groups would very easily recall the vibrant activities of the civil society from the middle of the 1980s to the time the Fourth Republic was inaugurated in1999. That period would aptly pass for the golden era of Nigeria’s civil society. But for the steely resilience and compelling combat posturing of that group in the heady days of military dictatorship, one scenario would have been the reality: either of two military dictators would have simply changed from military uniform into civilian attire and, with telling impudence, presented himself to the world as a product of democracy. But it never happened, thanks to that virile, vigilant and well-appreciated civil society of yore.

With a cadre boasting accomplished professionals from every known field of human endeavour, it was able to organize itself into a formidable pro-democracy group that mobilized Nigerians from all walks of life for the showdown that eventually forced the soldiers to succumb to the popular demand for a government freely chosen by the people.

Personalities who formed the vanguard of that epic struggle are too numerous to mention but one could readily recall front liners who pounded the streets, filled the highways and packed the halls, parks and squares with fiery speeches denouncing military dictatorship and calling for a democratically elected civil government. They include Wole Soyinka, Alao Aka-Bashorun, Gani Fawehinmi, Beko Ransome-Kuti, Olisa Agbakoba, Femi Falana, Baba Omojola, Comrade Ola Oni, Ayo Obe, Dr. Segun Osoba, Idowu Awopetu, Clement Nwankwo, Frank Kokori, Chidi Odinkalu, Abdul Oroh and Richard Akinnola to mention just a few. For emphasis, it must be stated that this list is by no means exhaustive as a handful of activist students also played crucial role in the struggle.

At regular intervals, members of this civil society underlined its resolve with robust confrontation with the military forces, the police and some of the conniving individuals and groups in the society. One witnessed and indeed covered one of such confrontations at the conference hall of the old secretariat of the Nigeria Labour Congress (NLC) in Yaba, Lagos, in the early 90s. That sombre evening the pro-democracy group had converged for a sensitization meeting with the public and had lined up some of the persons mentioned above as speakers.

Then, just suddenly, MKO Abiola (God bless his soul), who had by then assumed notoriety as a long-standing cheerleader of the military usurpers, breezed into the hall to the consternation of the entire gathering. As expected when he got the microphone, Abiola wasted no time launching into a spirited apologia for a wayward military regime. But between him and Gani, the match-up was complete. The hall exploded with fireworks to the delight of the audience as the feisty legal colossus and the dogged business mogul went eyeball to eyeball in a tense standoff between autocracy and freedom. It was a terrific evening of mind-blowing encounter. Trust Gani to always prevail in such situations.

Most remarkable in that civil society was the solid involvement of the Nigerian Bar Association, then led by the inimitable Aka-Bashorun, who has been described as the greatest and most effective president of NBA in living memory. Aka, as colleagues knew him, was elected to the presidency of the NBA at a time the ruling military junta led by General Ibrahim Babangida seemed to have neutralized all forms of opposition to its dictatorship. Aka’s two year stint (1987-1989) at the helm of affairs rebuilt the foundation of that body and re-energized it as an active agent of public scrutiny to the applause of a vast majority of Nigerians.

He it was who evinced rare clairvoyance by deciphering at the very early stage of the junta’s eight-year fruitless transition to democracy that Babangida was not interested in handing over to anybody but to himself. In that strangulating atmosphere of unrestrained repression and persecution of voices of dissent, Aka was the one who mustered the nerve to coin the term “hidden agenda” and slammed it on IBB with reference to his merry-go-round transition programme. For his audacity he was labeled a “radical” by the military, while his multitude of admirers hailed him as “The Lion of the Bar.”

That era contrasts sharply with the state of today’s civil society. The activism of the NBA that ought to be one of the arrowheads of this critical segment of the society has progressively declined since Aka’s exit. Today the NBA tramples on the soul of the masses as it exists only as the legal department of the neo-colonial oppressors, romancing corruption by defending high-profile thieves and politically exposed politicians, and displaying horrific apathy as all kinds of impunities are visited on the land on a daily basis from all arms of government and beyond. An NBA that exists only for the rich. Surely by now, Aka and Gani must be turning in their graves.

Outside the NBA, it is no less disheartening and shameful. All shades of Non-Governmental Organizations parading under the rubric of civil society are set up to be hired by anyone who can pay the price. They will rent the crowd and kit them up with all kinds of paraphernalia to protest on your behalf. And only those who have looted this country blind have been able to continually engage their services.

Although there are genuine CSOs out there, one can hardly see the wood for the trees anymore. It is therefore not a surprise that Professor Itse Sagay, Chair of the Presidential Advisory Committee Against Corruption (PACAC), recently publicly lamented the death of civil society in Nigeria – a painful fact long acknowledged by honest observers of unfolding events in the country.

The 4th industrial Revolution, a watershed moment for Africa’s development