Rwanda says it doesn’t worry the level of the debt it owes China because it has not got to the alarming line.

It was revealed  during the signing ceremony this Tuesday, where China gave Rwanda USD 42 million grant worth which will be used to expand and upgrade roads in the city of Kigali.

Rwanda’s external debt stands at 41 percent of GDP according to the  official statistics.

Though statistics doesn’t show level of debt from China, officials from Ministry of Finance emphasized it is still below 9 percent of the external debt.

Addressing the press after the signing of the agreement, Rwanda’s State Minister in charge of Planning, Dr Uwera Claudine said Rwanda does not see debt from China as a burden.

“We don’t have to worry debt, grant or funds we receive from China, because our national debt level is still very low. We are still in need of them because we benefit more”, she said

Rwanda says a debt from China is not wasted but used to promote welfare and national development.

This money was used mainly in transport, communication, manufacturing and energy sectors.

During his stay in Rwanda, President Xi and President Paul Kagame signed 15 agreements worth millions of dollars in areas like trade, infrastructure, investment,  human resource, culture, technology, aviation, mining among others. 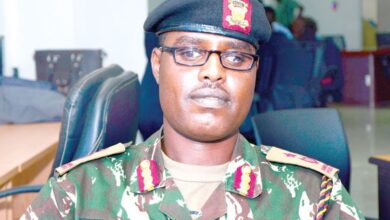