The UN Security Council must “seize this moment” presented by the current turmoil in Sudan, to provide justice at long last for the victims of violence in Darfur, and those who have suffered at the hands of the brutal military crackdown earlier this month.

NEW YORK, United States of America, June 20, 2019,-/African Media Agency (AMA)/-That is according to the Prosecutor of the International Criminal Court (ICC), Fatou Bensouda, who said she had a “clear message to convey: now is the time to act. Now is the time for the people of Sudan to choose law, over impunity, and ensure that the ICC suspects in the Darfur situation, finally face justice in a court of law.”

She said the Council now had a “unique opportunity to decisively and effectively” address the wrongs committed by the security forces aligned with former President Omar al-Bashir in the Darfur region between 2003-2008, when around 300,000 were killed and 2.7 million civilians driven from their homes, according to UN figures.

She called for the immediate cessation of violence against civilians in the capital Khartoum and elsewhere, since the 3 June wave of attacks against protesters calling for a return to civilian rule, in opposition to the ruling Transitional Military Council (TMC).

All arrest warrants for the five suspects charged with the grave crimes within the ICC’s remit – genocide, war crimes and crimes against humanity – remain outstanding, she told members. Both deposed president Bashir, and two others, are now said to be in custody she said and are legally obliged to be transferred by the TMC. Only if they could show willing to prosecute them for the same crimes, could they remain in Sudan, she said.

Victims must have their day in court

“I am ready to engage in dialogue with the authorities in Sudan to ensure that the Darfur suspects face independent and impartial justice, either in a courtroom in The Hague, or in Sudan”, said the Prosecutor. “Continued impunity is not an option. The victims of the Darfur situation deserve to finally have their day in court.”

“My expectation is that Sudan, with the support of this Council, will engage in dialogue with my Office to discuss the feasibility of a mission by my Office to Sudan in the very near future to resolve these issues.”

She said in the face of a resurgence of further alleged grave crimes by former ‘Janjaweed’ militia fighters who are now part of the TMC-sanctioned Rapid Support Forces (RSF), who led many of the alleged atrocities in Darfur over a decade ago, it was “simply intolerable” that reported attacks today were continuing.

Attacks against civilian populations in Darfur have continued during the reporting period and appear to be increasing in severity. The approximately 1.64 million internally displaced persons in Darfur remain especially vulnerable and sexual and gender-based violence continues to restrict the freedom of movement of women and girls, in IDP camps and areas of return”, she told the Council

Ms. Bensouda noted with concern “the reports that the RSF have allegedly seized facilities and assets previously held by the Africa Union-United Nations Hybrid Operation in Darfur. In this context, I support the AU Peace and Security Council’s resolve to extend UNAMID‘s mandate for a period of 12 months…as well as its rejection of the TMC’s call for UNAMID to hand over assets to the RSF, and its request that these assets are handed to civilian authorities.”

She said she would not hesitate to investigate any further crimes within the ICC mandate in Darfur “and where appropriate, prosecute”.

“With this Council’s support, and the cooperation of the authorities in Sudan”, she concluded, “there is an opportunity, now, to make real progress in the pursuit of accountability and justice for the victims in the Darfur situation. The current reported violence against civilians in Darfur must stop and all the ICC Darfur suspects must stand trial. We must not squander this opportunity.”

Fusing IT and business to dish up a digital transformation treat 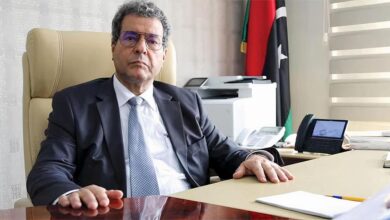