GENEVA, Switzerland, June 26, 2019,-/African Media Agency (AMA)/-Malagasy authorities must take decisive steps to end the entrenched culture of impunity for killings, torture and other ill-treatment perpetrated by the country’s security forces, Amnesty International said today to mark the International Day in Support of Victims of Torture.

Acts of torture and other ill-treatment perpetrated by the police and the military forces are a common occurrence, with many of these violations happening in the context of the fight against alleged cattle rustlers.

“In the past few years, we have seen a spike in cases of torture against cattle rustlers, and sometimes gruesome killings. However these acts have gone unpunished, fuelling impunity,” said Deprose Muchena, Amnesty International’s Regional Director for Southern Africa.

“Malagasy authorities must promptly tackle the impunity for torture and other cases of ill-treatment. This begins with carrying out effective investigations into all known or reported cases and immediately removing suspected perpetrators from any official functions pending the outcome of the investigations. Suspected perpetrators must be brought to justice in fair trials.”

“Victims and their families must have access to effective remedies and justice.”

During searches for suspected cattle rustlers, Malagasy security forces have often raided and looted villages, burned down houses, and tortured or killed villagers. In January 2019, Amnesty International verified harrowing images of eight men in Betroka, Southern Madagascar, whose bodies were bullet-riddled after they were shot by police during a raid. They were accused of trying to steal from a shop.

Other recent cases include three men accused of stealing firearms, who were found dead, with their bodies tied up in the Onive river in Ampitatafika town on 31 May. They had been arrested by the military on 20 May and scars on their bodies indicated they had been subjected to beatings before they died.

In April, a 19-year old student was found dead after spending a night in police custody in Maroantsetra. He had been arrested the previous day on suspicion of robbery. According to a doctor’s report, the student was beaten to death.

“Malagasy authorities must immediately put measures in place to ensure that anyone suspected of any crime is protected from all forms of torture and other ill-treatment during their arrest and when they are in custody,” said Deprose Muchena.

“This includes ensuring that they have full access to legal representation. Any information extracted through torture should not be admitted as evidence against suspects.”

In February 2017, police officers burnt down five villages in Antsakabary, norther Madagascar, and committed acts of torture and other ill-treatment on villagers after two police officers who had come to arrest people accused of stealing a duck were killed by a mob.

An elderly woman died from burns during the attack after she was unable to escape. More than two years later, no one has been held to account for the violations.

In a 2018 report, Amnesty International found that detention conditions in Malagasy prisons also constitute torture, with severe overcrowding and a failure to separate pre-trial detainees from convicted criminals. There is also a lack of food and healthcare.

While the organization welcomes the government’s new dietary plan for detainees, it is calling on the authorities to tackle overcrowding in prisons by reducing the use of pre-trial detention and ensuring that prison conditions are in line with international standards. 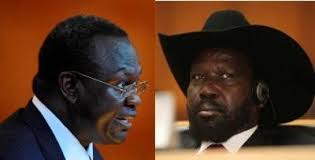 2.4 million children out of school in S. Sudan