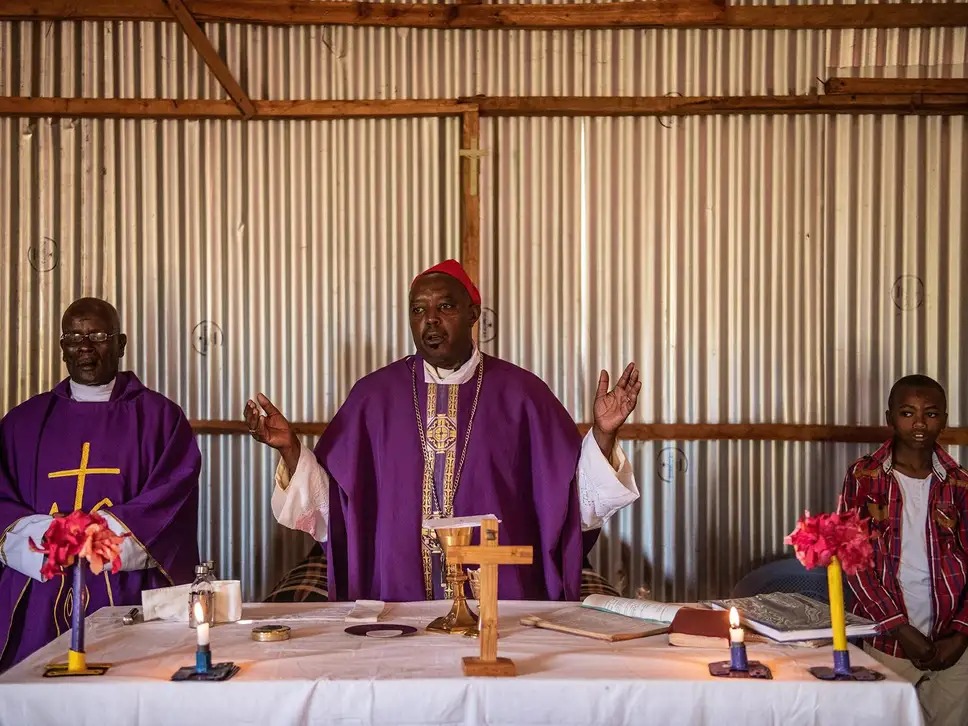 Catholic priests are instructed to strictly adhere to the vow of celibacy. Before one is ordained as a priest, he must commit to remaining single and unmarried for the rest of his life. However, while this is the norm, Catholic priests in Kenya are defying the church’s golden law by starting their own families.

Peter Njogu, a priest from Kenya went on a trip to Rome. During his time in Rome, he came across a lady that his heart fell fall. Despite the vow he had made to remain unmarried for the rest of his life, Njogu from the moment he laid his eyes on the lady was convinced that she was going to become the mother of his children.

When Njogu returned to Kenya, he confided with his mates telling them of his desire to marry. Expecting to receive a lot of advice, on the contrary, Njogu was perplexed and surprised to hear that among his mates, many of them had married and had children!

According to Njogu, the decision to establish Renewed Universal Catholic Church was not just driven by the desire to allow himself and all other priests in the church a chance to marry while practising their calling but it was also a move to save Christianity’s largest church from its own sins. This Njogu states quoting news articles reporting on the revelation of widespread sexual misconduct by its clergy.

Njogu’s church has grown massively in recent times and its growth according to The Independent in Kenya is rooted in opposition to the practice of keeping secret families but reflects a growing worry among some Catholics that the celibacy requirement – too many non-negotiable tenets of the priesthood – creates a harmful culture of sexual secrecy.

The Catholic Church has refused to revise its stance on celibacy instead calling it a “gift to the church” as according to Pope Francis.

The Vatican in recent times has signalled that it’s open to ordaining married men in remote parts of the world with a severe shortage of priests.

More radical voices in the church have called for the church to rescind the requirement altogether.

The Independent reports that nearly 20 priests and more than 2,000 parishioners have joined Njogu since 2011.

Njogu states that celibacy goes against African custom stating “No one in the Vatican understands the African soul. They do not understand that for the African man, priest or not, the worst sin is to leave this world without siring a child.”

Njogu was ex-communicated by the Catholic Church for alleged “unbecoming behaviour”, including purchasing land and speaking openly about his intention to marry Berith Kariri, who remains his wife.