Why is it that African continent which is a home to sixty percent of world’s remaining arable land, and is vastly blessed with numerous utilizable water resources and various agro-ecological zones, is still a net food importer and is persistently failing to break the food import chain and food trade deficit that it is trapped in?

Africa’s annual food import bill of 35.00 USD billion, and which is expected to reach 110.00 USD billion by 2025, is extremely worrying. This is almost the same amount, the continent needs to close its power deficit, which is among the key needed ingredient to make the continent meaningfully diversify its economies.

Africa’s annual food import bill of 35.00 USD billion, estimated to rise to 110.00 USD billion by 2025, is besides annihilating its agriculture, also a key continent’s growth and development decelerator. Currently, 250 million people in Africa, are undernourished, and with dwindling agricultural yields, and skyrocketing population, the continent food import bill, is poised to keep on expanding.

Two years back, while on a research assignment, in South-Kivu, North-Kivu, and Tshopo provinces, in DRC, the dilapidated human shelters housing thousands of malnourished and undernourished families, I witnessed shocked me. This is a vast country, which besides, being almost the entire size of Western Europe, is the world’s largest producer of cobalt and is also richly endowed with uranium, diamond, gold, copper, oil, and other precious metals, in addition to possessing large swatches of fertile lands, and world’s second longest River, Congo River, but majority its citizens are extremely very poor.

The situation is not different in other African countries. Forget the rising GDP figures, which the cunning politicians and economists, base on to advance the African rising narrative, and embark on extensive journey in rural areas of many African countries, the skyrocketing poverty levels you will witness, will surprise you.

The persistent use of per capita income as a gauge of African economies growth, should be discarded. It is largely misrepresentative of real situation on the ground, as it does not factor in, the distribution of growth. For instance, according to GDP figures, Uganda economy, has from, 2017/2018 to 2018/2019 expanded from, 25.00 USD billion to 29.00 USD billion, but collaborative government and civil society statistical data, shows that, poverty levels, have in the same period tremendously increased, which in essence implies that, the so called economic expansion is of no value to the majority of its citizens.

All African countries are debt- distressed and billions of monies, they have for years borrowed and are still borrowing from world bank, IMF, China, and other lending institutions and countries, to finance, roads, standard gauge railways construction, power, and other infrastructural developments, with the main aim of attracting foreign direct investments, have not and are not translating into economic wellbeing of the masses. The machinery and technologies used in these infrastructural projects, is foreign imported, very few Africans are employed in these projects, and a big percentage of this borrowed billions, is often swindled through syndicated corruption, involving African leaders and their thieving cronies.

There is no ground-breaking inventions, innovations, and technologies, being generated by Africa’s academic institutions, meant for spurring Africa’s industrial development. All the industries in Africa, are majorly powered by imported technologies. Why is this so and yet we have science, technology, and inter-disciplinary faculties in our universities?

Research is now a major growth and development accelerator of leading world economies. All the ground-breaking technologies that translates into economic well-being of the citizens are attained, through heavily investing in research. Is research financing a priority to African countries? How much does each country apportion to research each financial year? Can that research financing amount enable each country to produce ground- breaking technologies to leapfrog its forward in meeting the needs its citizens?

All over the continent, youth unemployment is on rise, and so is endemic corruption, both of which are deleterious economic bombs, that have been and are set, to continue exploding causing political unrest and destabilizing Africa growth agendas. What has happened and is happening in Nigeria, Somalia, Mali, DRC, Kenya, Ethiopia, Togo, among others is largely a governance question.

Almost all African leaders are pursuing two personal egoistic agendas: personal/family wealth accumulation, and creating a sort of political system/dynasty that provides for continued enjoyment of ill-gotten wealth even when not in power. Creating societal wealth is not their main agenda.

In sum, Africa rising narrative, will only become a reality, when the continent get visionary and transformative leaders, whose main agenda, is to trigger accumulation of an all- inclusive societal wealth. Today’s Africa rising narrative that is mainly advanced basing on GDP growth figures, is largely deceptive, as reality on the ground shows that it is fundamentally exclusive of majority of continental citizens. 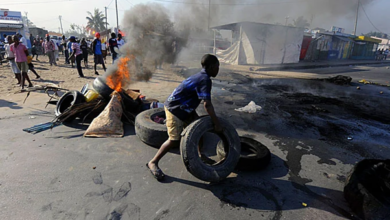