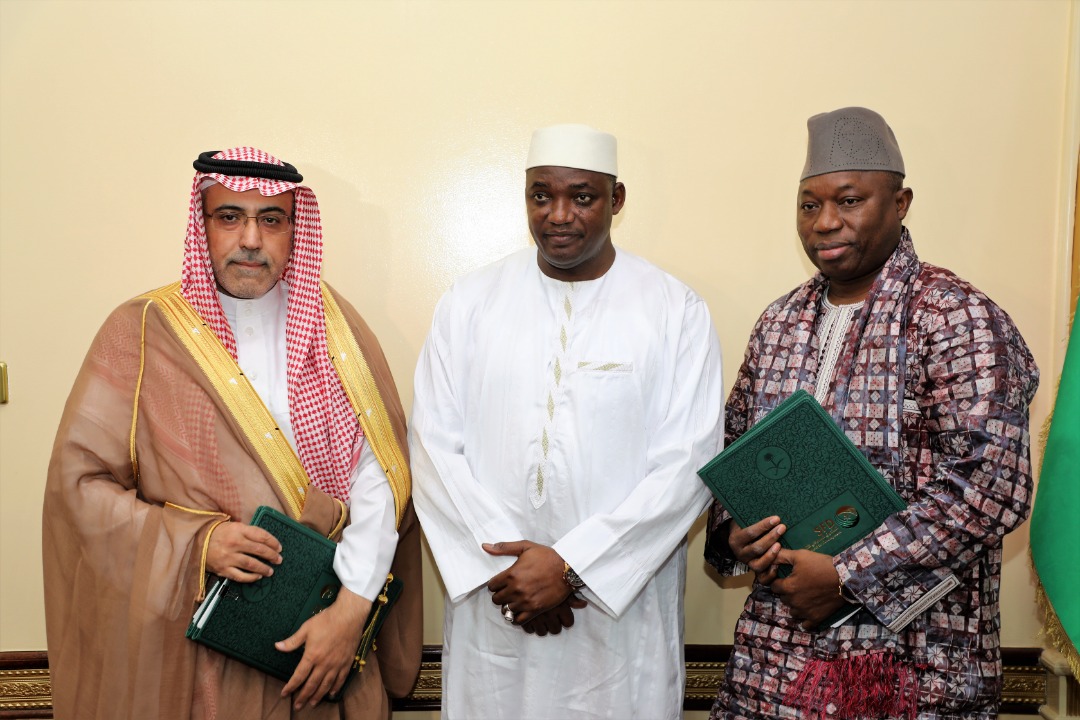 President Adama Barrow today presides over the signing of a $92.5million funding agreement between the Saudi Fund for development and the Republic of the Gambia at the State House.

Vice Chairman and Managing Director of the Saudi Fund for Development, Dr. Khalid S. Alkhudairy and the Gambia’s Finance Minister, Mamboury Njie penned the agreement on behalf of their respective countries.

The funding is meant for several priority infrastructure and energy projects that will facilitate the Gambia’s hosting of the OIC Summit in 2022. Among these projects are the construction of a 50kilometre road network within the OIC concentrated area, enhancement of the transmission and distribution network for the electricity grid, enhancement of water production, treatment and distribution and the Construction of a new VVIP Lounge at the Banjul International Airport.

The Vice President, Dr. Isatou Touray, who is also the Chairperson of the OIC Gambia Board, expressed profound thanks and appreciation for the generous support of the Kingdom of Saudi Arabia, under the leadership of the King, Salman Bin Faisal.

“Today’s signing ceremony is a milestone in The Gambia’s development strides as it will usher in a better public infrastructure portfolio as we prepare to host the largest gathering of the Muslim Ummah, the Organisation of the Islamic Cooperation,” she said.

Dr. Khalid S. Alkhudairy, Vice Chairman and managing Director of the Saudi Fund for Development, explained that the funding is in four folds – two soft loans and two grants. He said the aim is to improve living conditions of the beneficiary population, as the Fund greatly appreciates the efforts by President Adama Barrow to develop the Gambia despite challenges inherited by his government.

Mamboury Njie, Gambia’s Minister of Finance and Economic Affairs, said within 32years of the country’s membership of the Saudi Fund for Development, the bank has invested nearly $200million in the Gambia in areas of health, education, and infrastructure, among others.

“Our membership has paid dividend today as the Fund today impacts the lowest of our population over the years. Social investments, Energy and infrastructure are priority areas of President Barrow’s National Development Plan,”Mr. Njie said, describing the current managing director as a true friend of The Gambia who helped facilitate Gambia’s debt restructuring recently.

He thanked the Bank for standing up for The Gambia, guiding it through stormy weathers and proving resources when the country needed it the most.