The Deputy Secretary – General of the United Nations, Amina Mohammed, on behalf of the UN Secretary General, Antonio Guterres, conferred the award on Dr. Tangara which consists of gold medal, a diploma and a monetary prize.

Deputy – Secretary General Mohammed said the UN recognised Dr. Tangara’s leadership in conflict prevention and his understanding of the importance of the grassroots non-violent youth movement in the political uncertainty in the aftermath of the Gambia’s 2016 presidential election.
She commended Minister Tangara for efforts made in preventing humanitarian catastrophe during the 2016 political crisis.

The citation on the award reads: “In recognition of your courage and your leadership, through the use of diplomacy, both in global and national arenas, which helped prevent conflict in your country, The Gambia.”

She said Foreign Minister Tangara and the National Peace Hut Women of Liberia were selected for their dedication to peace and sustainable development, for providing safe havens in the midst of conflict and for rebuilding societies and communities.

In his acceptance speech, Minister Tangara paid glowing tribute to the entire UN team, his late Father and mother and the people of The Gambia. He took the opportunity to commend H.E President Adama Barrow for giving him another chance to serve The Gambia.

He urged individuals, groups and civil society organisations around the world to refocus and redouble their efforts in the face of political uncertainty, prevent conflict through preventive methods of diplomacy.

He emphasised the need for all to adopt preventive diplomacy in a bid to empower the vulnerable and marginalised in societies.

The General Assembly resolution of 1981 of the United Nations established the UN Population Award. The award is presented annually to an individual and an institution in recognition of outstanding contributions to increasing the awareness of population questions or to their solutions.

A Memo to Paul Biya, President of Cameroon on: The Urgent Need for Public Policy Mediation and Negotiations in the Ongoing Armed Conflict in the Anglophone Regions of Cameroon 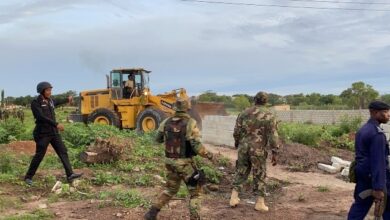