“For many HRDs, fleeing Eritrea has not provided them with much respite from the repression many people die trying to escape. They have to constantly look over their shoulders and watch every word they say, afraid of the long arm of the Eritrean government which evidently extends across borders,” said Joan Nyanyuki, Amnesty International’s Director for East Africa, the Horn and the Great Lakes.

Supporters of Eritrea’s ruling party and government officials use all manner of tactics to harass and intimidate critics of President Isaias Afwerki’s government and its human rights violations. These tactics include death threats, physical assault and spreading of lies.

The briefing, which examines the period from 2011 to May 2019, also highlights the authorities’ use of the militant youth wing of the ruling party to “fight the country’s enemies” in Europe and the USA.

In April this year, Eritrea’s Minister of Information Yemane Gebre Meskel, the ambassador to Japan, Estifanos Afeworki, and his counterpart in Kenya, Beyene Russom, took to Twitter and harassed, intimidated and disparaged organizers and participants of a conference in London on ‘Building Democracy in Eritrea’. In his tweet, Minister Gebre Meskel dismissed the organizers as “Eritrean quislings”.

“Such Twitter tirades by government officials clearly show the authorities’ intolerance of dissent and criticism by anyone anywhere, even at a time when the country is a member of the UN Human Rights Council,” said Joan Nyanyuki.

In deciding a defamation case in Amsterdam, a Dutch court in Feb 2016 ruled as follows:

“…YPFDJ receives instructions from the PFDJ, that the YPFDJ has (support of) the regime of Afwerki as its goal and that members of the YPFDJ are acting as informants for (the embassies of) the regime in Eritrea. The YPFDJ can thus, at this point, be called the extended arm of a dictatorial regime.”

Winta Yemane, born in Italy and eager to connect with her Eritrean roots, joined the youth wing while in high school, and participated in their 2011 annual conference held in Oslo, Norway. When she articulated her wishes for the country’s constitution, human rights and an independent judiciary, she quickly found herself on the wrong side of senior government officials in attendance.

“The officials said that I am a victim of misinformation by the western propaganda and enemies of Eritrea. They also said that my comments do not have weight because I am a minor. Three of the organizers even threatened to throw me out of the conference,” Winta told Amnesty International.

Upon returning home to Milan, she was stalked for a couple of weeks, received threatening phone calls from unknown numbers and was the victim of a smear campaign on social media.

Several other Eritreans living in the diaspora including Daniel Mekonnen, Director of the association of Eritrean lawyers in exile and Father Mussie Zerai, a Catholic priest nominated for the Nobel Peace Prize in 2015 for his work with migrants, also said they found themselves on the wrong side of the ruling party’s supporters and endured similar harassment and attacks.

This treatment is, however, not reserved for Eritreans. Former BBC Africa Editor Martin Plaut on 30 November 2018 was lured into a meeting with an Eritrean “source” at the British Library in London and doused with a bucket of liquid for his journalistic work on human rights in the country, and called a “traitor”. Eritrea’s Ambassador to Japan Estifanos Afeworki praised the journalist’s attack on Twitter.

In Nairobi in 2013, following an initiative to set up and register a diaspora civic organisation – the Eritrean Diaspora for East Africa (EDEA), the Eritrean Embassy revoked the Eritrean passport of Chairman and Co-founder Hussein Osman Said and had him arrested in South Sudan by alleging that he was a terrorist working to sabotage the Eritrean government.

EDEA officials told Amnesty International when they tried to launch the organisation in February 2015, two people who identified themselves as members of Kenya’s National Intelligence Service ordered them not to proceed with the event, alleging that they had intelligence that EDEA had been established to overthrow the Eritrean government.

Such baseless claims against activities planned by Eritreans in Kenya continued in 2017, when the Eritrean Embassy wrote to the United Nations Office in Nairobi (UNON) claiming some 13 guests invited for an art exhibition were “subversive”. UNON subsequently barred the 13 from entering the UN complex at Gigiri, where the exhibition was taking place.

“Eritrea’s use of its embassies abroad to harass and repress its critics must not be allowed to continue,” said Joan Nyanyuki. 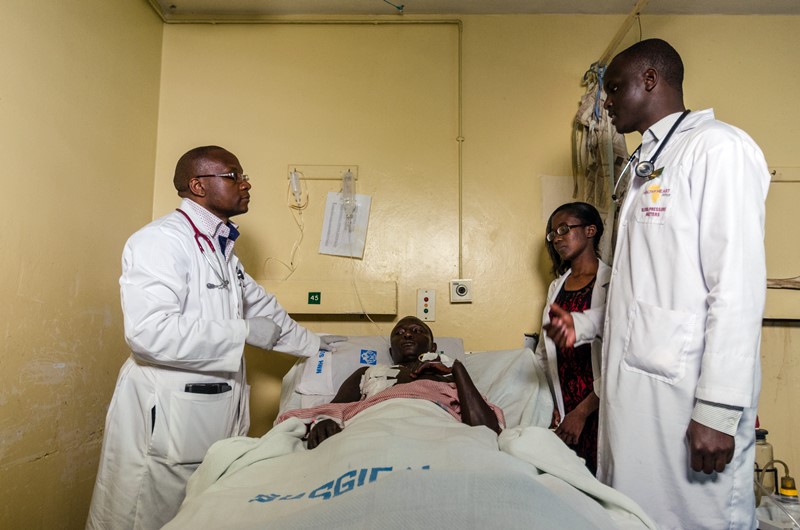