NEW-YORK, United States of America, 27 November 2018,-/African Media Agency/-This year, UN Women and partners around the world are marking the 16 Days of Activism Against Gender-Based Violence (25 November – 10 December) under the theme of “Orange the World: #HearMeToo”. Coming on the heels of global movements and grassroots campaigns such as ‘#MeToo’, “#TimesUp”, “#BalanceTonPorc” “#NiUnaMenos”, #MeTooIndia and “HollaBack!”, the 16 Days of Activism will be a rallying moment to bring together governments, communities, survivors, activists and the public through high-visibility events, using the signature colour orange.

As in previous years, iconic buildings and monuments will be ‘oranged’ to call for a violence-free future. In events around the world, including in schools and universities in Malawi and Barbados, public transportation hubs in El Salvador, Vanuatu, and The Philippines, and soccer matches in Egypt, global citizens will stand in solidarity with survivors and advocates.

The global event “Dance for Kindness” commemorated International Day for the Elimination of Violence against Women with more than 5,000 dancers participating in an event near Hoan Kiem lake, in Hanoi, Viet Nam. A two minute Freezemob paid tribute to victims and survivors of gender-based violence, and an impressive Flashmob welcomed World Kindness Week and the kick off of the 16 Days of Activism. At the same time, a photo exhibition showcasing photos and stories on ending violence to women and girls was opened to the public.

In Durres, Albania the municipality building was lit in orange on 25 November to commemorate the International Day for the Elimination of Violence against Women and to kick off the 16 Days of Activism Against Gender-Based Violence. UN Women Country Representative Giuseppe Belsito and the Mayor of Durres, Vangjush Dako attended the event.

In Myanmar, UN Women and the Yangon City Development Committee commenced the 16 Days of Activism campaign by lighting the Yangon City Hall, a central landmark, in orange to bring attention to the issue in Myanmar and globally.

A previously declared unsafe path in the Pristina City Park in Pristina, Kosovo, was lit up in orange. The mayor of Pristina, members of UN agencies, embassies and the community at large marched along the path to raise awareness of gender-based discrimination by highlighting the importance of gender-sensitive urban design, and call for a safer city for everyone.

UN Women and partners in Colombia organized a public concert on 24 November and lit public buildings in orange calling for women’s right to live a life free of violence. Throughout the 16 Days, many more activities will follow, including a tribute to women’s rights activists and women’s human rights defenders during a joint event with the Office of the High Commissioner of Human Rights to commemorate the International Day of Human Rights Defenders.

On 24 November, UN Women in Bangladesh and civil society organizations came together at Shoparjito Shadhinota, Dhaka University Campus, Bangladesh, to commemorate the 16 Days of Activism Against Gender-Based Violence. Twelve organizations including WE CAN, BNPS, Mahila Parishad, Indigenous Women’s Network, Concern Bangladesh, and Acid Survivors’ Foundation participated in various cultural activities, including street theatre skits, dance and musical performances under the theme of “#HearMeToo”. The ceremony was opened by Ayesha Khanom, one of the most prominent women’s rights activist of Bangladesh. There were also speeches from youth advocates, and a poem recited by a survivor of rape on her own story of fight and triumph.

In Morocco, UN Women along with the UN Country Team, UNCT, national partners, and NGOs launched the #HearMeToo campaign at the Chellah historic site, where orange balloons were released to mark the beginning of the 16 Days of Activism. UN Women, in partnership with 2M media group will support broadcasting of TV and radio programs and spots to raise awareness on ending violence against women, host interactive theatres and film screenings. Many public buildings, including the Parliament building, Modern Art Museum, train stations, EU offices and Maroc Telecom building will be oranged and Orange Tunisia will send free sms messages about the campaign to their subscribers. 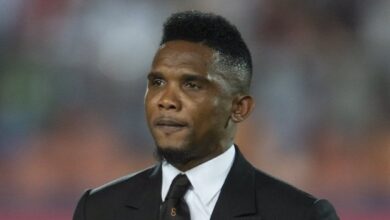