“Viral load testing is the gold standard in HIV treatment monitoring,” said Michel Sidibé, Executive Director of UNAIDS. “It shows that treatment is working, keeping people alive and well and keeping the virus firmly under control.”

The report outlines that access to viral load testing is mixed. In some parts of the world, getting a viral load test is easy and is fully integrated into a person’s HIV treatment regime, but in other places there may be only one viral load machine for the entire country.

“Viral load monitoring needs to be as available in Lilongwe as it is in London,” said Mr Sidibé. “HIV testing and viral load testing should be equal and accessible to all people living with HIV, without exception.”

In Côte d’Ivoire, the United States President’s Emergency Plan for AIDS Relief is supporting a national scale-up plan for viral load testing. In just three years, as the number of people on treatment doubled, 10 additional laboratories began viral load testing. Subsequently, viral load testing coverage increased from 14% in 2015 to 66% in 2017 and is projected to reach 75% by the end of 2018.

“This year’s UNAIDS theme for World AIDS Day (Live life positively—know your HIV status) reiterates the fact that HIV testing remains the only way to know your status and to adopt a healthy life plan,” said Eugène Aka Aouele, Minister of Health and Public Hygiene, Côte d’Ivoire.

Viral load testing is particularly important for newborns, as HIV progresses much faster in children—peak mortality for children born with HIV is within two or three months of life. Standard rapid diagnostic testing is ineffective up until 18 months of age, so the only viable test for HIV for very young children is a virological test, which they need to receive within the first four to six weeks of life. However, in 2017, only half (52%) of children exposed to HIV in high-burden countries received a test within the first two months of life.

Important advances are being made. New point-of-care testing technologies—testing that takes place in an environment as close to the person as possible—have been shown to shorten the time it takes to return children’s test results from months to minutes, which is saving lives.

The report shows that one of the biggest barriers to HIV testing is stigma and discrimination. Studies among women, men, young people and key populations have revealed that fear of being seen accessing HIV services, and if the person is diagnosed, fear that this information will be shared with family, friends, sexual partners or the wider community, was preventing them from accessing HIV services, including HIV testing.

For key populations—gay men and other men who have sex with men, transgender people, sex workers, people who use drugs, people in prisons and other closed settings and migrants—these barriers can affect access to an even greater extent. Stigma and discrimination, from society and health services, can deter members of key populations from accessing health care, while criminal laws can compound that discrimination, increase rates of violence and create additional barriers, including fear of arrest and harassment.

“In Côte d’Ivoire, HIV prevalence among sex workers is 11% and 13% for men who have sex with men and 9.2% for people who inject drugs,” said Pélagie Kouamé, President of the Network of Key Populations in Côte d’Ivoire. “We cannot leave key populations behind. Things must change and evolve so that we can come out from the shadows and no longer live in fear.”

Other barriers include violence or the threat of violence, especially among young women and girls. Parental consent laws and policies are also a barrier, since in some countries young people under the age of 18 years need parental consent to take an HIV test. In addition, services are often too far away and difficult to access or too expensive. There can also be delays or failures in returning HIV test results and delays in treatment initiation. In some countries, people do not seek HIV testing as they feel they are not at risk—in Malawi, one study found that among adolescent girls and young women (aged between 15 years and 24 years), considered to be at higher risk of HIV, more than half (52%) did not consider themselves at risk of HIV and so were unlikely to seek HIV testing services.

Next generation of testing options

The report highlights how providing a variety of testing options and services, such as community-based testing and home-based testing, can help mitigate many of the logistical, structural and social barriers to HIV testing. They offer testing options for people who live far away from health services, do not have the constraints of inconvenient opening hours, which is particularly important for men and people from key populations, and do not come with the stigma and discrimination often perceived in traditional health and HIV services.

“We cannot not wait for people to become sick,” said Imam Harouna Koné, President of the Platform of Networks in the Fight Against AIDS. “We must go out to our communities and offer HIV testing and treatment services.”

The report outlines the importance of taking a five Cs approach: consent, confidentiality, counselling, correct test results and connection/linkage to prevention, care and treatment. “There isn’t a one size fits all approach to HIV testing,” said Mr Sidibé. “There are a number of different strategies needed to reach people at risk of HIV, including innovative approaches such as self-testing, where people may feel more comfortable that their privacy is respected.”

Another important step to take is to integrate HIV testing services within other health services, including maternal and child health services, services for tuberculosis and services for sexually transmitted infections and viral hepatitis. Tuberculosis is the leading cause of death of people living with HIV, accounting for one in three AIDS-related deaths; however, it is estimated that 49% of people living with HIV and tuberculosis are unaware of their coinfection and are therefore not receiving care.

Access to HIV testing is a basic human right, and UNAIDS is calling for a global commitment to remove the barriers preventing people from testing for HIV, which include eliminating HIV-related stigma and discrimination, ensuring confidentiality in HIV testing and treatment services, deploying an optimal mix of HIV testing strategies to reach the populations most in need, integration with other health services, removing policy and legal barriers hindering access to HIV testing and treatment, expanding access to viral load monitoring in low- and middle-income countries and ensuring access to early infant diagnosis for newborns.

The report demonstrates that implementing these measures will hugely advance progress towards ensuring that all people living with and affected by HIV have access to the life-saving services they need. 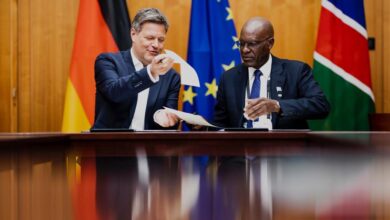 How To Type Accent Marks Over Letters In Microsoft Word