Kenyan opposition Chief Raila Odinga on Wednesday extended handshake to Kirinyaga Governor Anne Waiguru at his Capitol Hill’s office, Nairobi. The two agreed to end their three-year-long standoff which was fueled by corruption accusations at National Youth Service by the former.

After two hours of meeting, the duo resolved to bury hatchet that arose from the loss of funds the National Youth Service, an agency providing services to youths and agreed to allow the cases be handled by the investigative agencies.

“We have had a long dispute with the Governor over the NYS scandal. A lot of facts have since emerged since I first made the revelations and we have agreed that we should let bygones be bygones. What exactly happened during the scandal will come out through the offices of our competent investigators, who must tell us where the public money went,” said Odinga.

The opposition chief revealed that they also discussed about devolution noting that they agreed to give it a special attention.

On her side, Ms. Waiguru noted that the move to end hostility between them which has resulted to fierce exchange of words between her and the former Prime Minister and their allies was driven by the spirit of cohesion and reconciliation in the country.

The Governor hinted that she will drop defamation case against the ODM party leader.

“The case is settled in the spirit of national cohesion, oneness and reconciliation,” twitted Waiguru.

Mr.Odinga also confirmed the agreement to settle down the case against him.

“We’ve agreed to leave the matter of the National Youth Service scandal in the hands of investigators. Waiguru said her case against me is now settled in the spirit of reconciliation that the nation has embarked on,” Odinga tweeted.

Ms. Waiguru had sued Odinga for linking her to the loss of Ksh.791 million ($7,910,000) from the National Youth Service during her tenure as Cabinet Secretary for Devolution.

In her affidavit, she said Odinga’s utterances over her alleged involvement in the scandal were false and defamatory and portrayed her as a common thief, an embezzler of public funds, corrupt in the extreme, a flagrant law breaker and unfit to hold public office.

“The plaintiff avers that the uttering of false and wrongful words have exposed her personal and professional standing and character to public scandal, ridicule, contempt and embarrassment as she continues to suffer enormous damage, anxiety and disrepute,” she said through her lawyers. 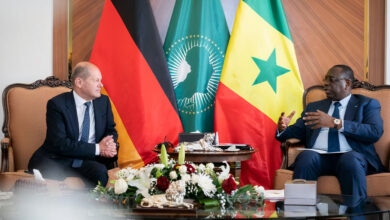 Africa: The Strong Breed – the Rise and Fall of Africa’s Great Literary Leaders