The study found that employees in Lagos rank affordable housing as the most important factor when deciding where to live and work, followed by job satisfication and then pay and bonuses. Employer-supported life and medical insurance ranks in fourth place, with 68% of employees in Lagos noting that they make use of private hospitals for serious or urgent care.

“With this in mind, a coordinated planning effort among governments and large businesses to meet the top needs of employees and make cities more attractive,” Francis Omanyala, Associate at Mercer Africa.

The study provides critical insight into the motivations of workers against the backdrop of fierce competition for highly-skilled talent. It also provides practical advice for companies and municipalities to help them accelerate their talent strategies and realize commercial gains.
Entitled “People first: driving growth in emerging megacities,” the study surveyed 7,200 workers and 577 employers in 15 current and future megacities across seven countries, namely Brazil, China, India, Kenya, Mexico, Morocco and Nigeria. As defined by the United Nations[1], these 15 cities will have a combined population of 150 million people by 2030 and share strong, projected GDP.
“There are unprecedented opportunities in growth markets, yet they come with inherent challenges. The rapid growth of next-generation cities sees them poised to leapfrog larger markets but, in order to do so, they need to attract and keep highly-skilled people,” said Martine Ferland, Group President at Mercer. “Most studies rely on secondary research or academic papers that analyze economic data, investments and infrastructure. This study is the first of its kind, in that it investigates the human and social reasons why people move to, within and out of a city.

“We learned that employers misunderstand what motivates people to move to a city and stay there. Moreover, cities are not performing well when it comes to addressing many of the more human and social factors that are listed as important among key employee groups. This dynamic creates natural tensions between what people value most and a city’s ability to deliver,” Ms. Ferland added.

The study explored 20 critical factors across four people-based pillars – human, health, money and work. Respondents were asked to rank five factors, based on how important they were in affecting their decision to stay in or leave a city. The most compelling finding was that for cities and businesses to attract the right talent to do the work of the future, human and social factors are the most important.

“The rapid urbanization of growth economies is certainly a hot topic, yet what’s not being properly addressed is the needs of people and the human and social factors that drive their decision making when it comes to what city they live and work in. That revelation is important when you recognize it is those very people upon whom the future of cities and the future of work depend,” said David Anderson, President, International at Mercer. “Overwhelmingly, our study reveals what people desire most is a better life for themselves and their families. And with the segmentation study we conducted in parallel, Mercer can help businesses tailor their recruitment, retention and facilities expansion programs in order to be more effective,” Mr. Anderson added.

Overall, satisfaction with life ranks as the most important factor for workers in deciding whether to stay in or leave a city. When considering a move to a new city, workers rate life satisfaction twice as important than employers realize. Safety and security rank second. Income comes in third, with proximity to family and friends in fourth and career and job opportunities fifth.

A key distinction revealed by the study is only after people have made the decision to move to a new city do money and job factors become more important. When looking to make a professional move within a city, the three top drivers are money, better career opportunities, and promotion or advancement. At the hyper-local level, proximity-based amenities and infrastructure, along with various cultural factors, matter more to employees.

Most cities are underperforming

In one of the most significant findings of the study for local governments, most workers say their cities are underperforming. The biggest tension between worker expectations and city performance is in safety and infrastructure. Pollution, personal stress, affordable housing, transport and mobility, and safety and security represent major gaps between what a city is able to deliver and what the employees surveyed value, presenting a major opportunity for making vast improvements in meeting workers’ needs and expectations in the future.

The study did reveal some good news, however, with many respondents saying the cities they live and work in do quite well in terms of cultural and economic factors, and with other areas including life satisfaction, career opportunities, proximity to airports and green spaces already meeting expectations.

Although the study’s 15 current and future megacities share some commonalities, some key differences were revealed. Based on performance against the four pillars of human, health, money and work, the cities were grouped into advanced, progressing or approaching in terms of whether they meet worker’s expectations. Advanced cities score well in all four factors, with a small-to-medium gap between workers’ expectations and the city’s performance.

Cities classified as progressing have a mid-size gap between expectations and performance. Lagos is ranked among approaching cities which receive low scores across all four dimensions, with the biggest gap in expectations versus city’s performance, and the lowest general life satisfaction among the three groups.

“We believe one of the most important imperatives emerging from the study is the need for effective public-private partnerships to facilitate the necessary improvements,” said Mr. Anderson. “To accelerate progress at scale and create the environments in which workers and their families can thrive, and in order to underpin sustainable economic growth for everyone, companies and governments must work together to address the future needs of the employees they are trying to attract.”

Employees are looking to big institutions with the requisite resources and authority to effect real change. Ultimately, no one group can or should be responsible for addressing systemic issues.
The study reveals people do not expect any one group to be responsible for addressing the systemic issues of their city. According to the study, workers expect their city or local government (79%), national or federal government (74%) and large businesses (57%) all to play a role in making cities more attractive and in meeting their needs for overall life satisfaction, safety and security, and income.

The 15 cities included in the study have a population between three and 15 million people, strong projected GDP and population growth for the next decade, and more than $4 billion of foreign direct investment annually. The respondents were surveyed via a mix of online and face-to-face interviews from July to August 2018.
Distributed by African Media Agency (AMA) on behalf of Mercer Africa.
About Mercer
Mercer delivers advice and technology-driven solutions that help organizations meet the health, wealth and career needs of a changing workforce. Mercer’s more than 23,000 employees are based in 44 countries and the firm operates in over 130 countries. Mercer is a wholly owned subsidiary of Marsh & McLennan Companies (NYSE: MMC), the leading global professional services firm in the areas of risk, strategy and people. With nearly 65,000 colleagues and annual revenue over $14 billion, through its market-leading companies including Marsh, Guy Carpenter and Oliver Wyman, Marsh & McLennan helps clients navigate an increasingly dynamic and complex environment. For more information, visit www.mercer-africa.com. Follow Mercer on Twitter @Mercer.
About the study
Mercer’s “People first: driving growth in emerging megacities” study surveyed 7,200 workers and 577 employers in 15 current and future megacities across seven countries, namely Brazil, China, India, Kenya, Mexico, Morocco and Nigeria. Please download report to learn more: https://www.mercer.com/our-thinking/people-first-driving-growth-in-emerging-megacities.html
Media Contact:
Zwile Nkosi
zwile.nkosi@mercer.com
+27 66 483 8974 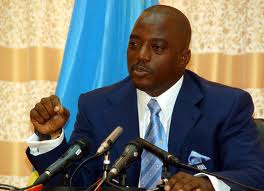