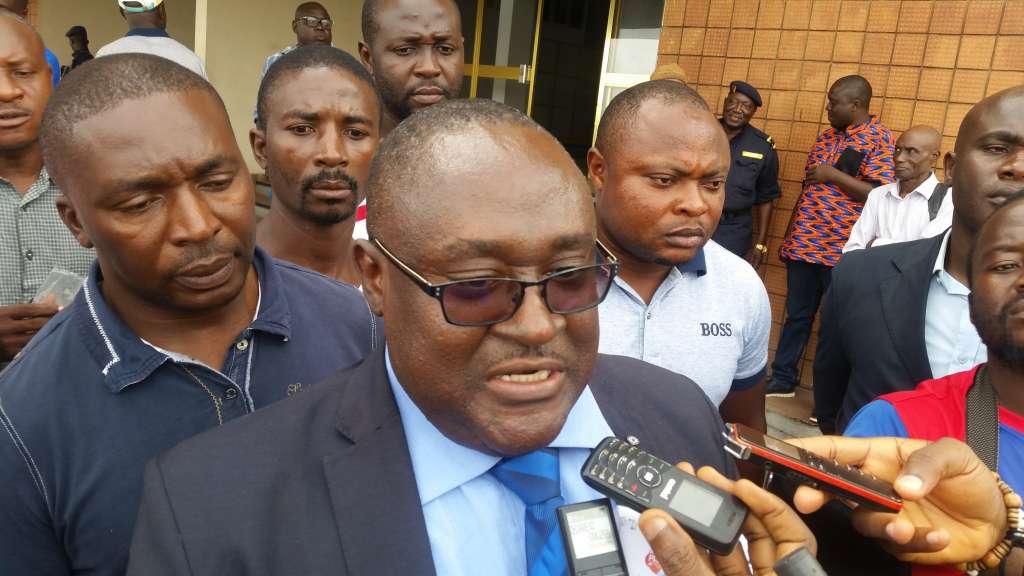 The SW regional Bureau of Cameroon Football Federation, FECAFOOT now has a new president. His name is Thomas Ndive Molungu. He was elected November 27, 2018 during the elective General Assembly held at the South West Governor’s office. Mr. Molungu won Essa Pius of Continental FA to the top post in the SWR.

Mr. Thomas Ndive Molungu has a huge task ahead of him in trying to bring football to the SWR as it once where. He takes over football in a region that has been plagued with crippling football activities and low turnout of fans to watch football. One sport promoter once tagged football in the SWR as one that is going into the forests. The zeal for sports lovers in the country has diminished over the years as each football season; the amount of fans watching matches is very deplorable.

He takes over from Senator Mballa Moki Charles after the 2009 bureau of FECAFOOT where brought in to see off the remainder of the Regional championship into the SW Mini interpool. During their tenure (Sen. Mbella) they succeeded in organizing the championship which saw Victoria United of Limbe emerging champions of the SW Mini inter pool to represent the region in the National inter pools.

According to the president, various projects will be implemented to bring development of football in the region. “One of such will be the reduction of the number of clubs taking part in the regional championship….Many club at the end of the year cannot run for a whole year or a season. We will have to diagnose the problem and see how we can together solve them”.

Others elected to top positions in the SW Bureau include Pascal Manga who was elected 1st Vice president and Nouk Protus Bilap as 2nd Vice president. Mr. Nouck Protus, president of Littlefoot Academy of Limbe is a well-known personality as far as football in the region is concerned. He is someone who had gone for the top job only to be beaten at the end. In 2015, he went in for the president only to concede in favor of Barrister Agbor Balla who was going against Sen. Mbella Moki Charles. Barrister Balla however lost to the latter.

The elections were closely supervised by a member of the Normalization Committee in the person of veteran sports journalist Jomo Kevin. To him, after every other things football is the winner. History of elections for football has never been this calm. There was an aspect of camaraderie that characterized the election. My only hope is that the interest of taking football to another level should be the watch word.

“I would be very grateful if the two teams can come together. My wish is that football is taking back to the 80s when it was a game of commitment, passion and excitement” he added.

According to the head of the commission Barrister Ashutantang Tanjong, the elections were free, fair and transparent. “We are hoping that these new delegates will bring back football to the region which has been limping for some time now. We also hope that those who lost will take it in good faith”.

He added that: “For some 11 years now, the region has not had a team qualify from the National inter pools into the Second Division football championship. The last to win a ticket from Division two was Tiko United though in 2011, Dynamic qualify for Ligue 2 only thanks to FECAFOOT”.