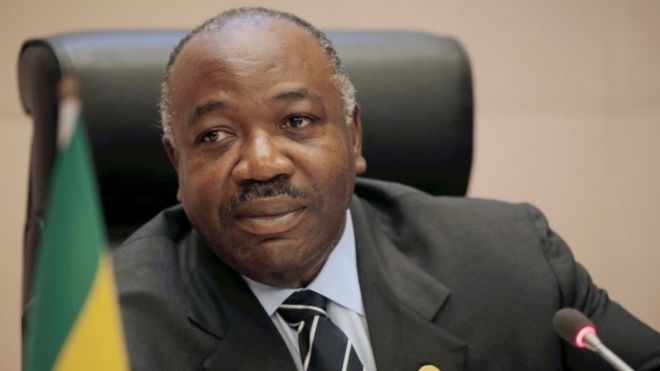 The Gabonese president is being treated in Saudi Arabia

Gabonese President Ali Bongo is seriously ill but on the mend, his spokesman says, ending weeks of official silence on his condition.

Speculation has mounted on the health of President Bongo, 59, with some reports saying he suffered a stroke.

He is being treated in Saudi Arabia, with the initial announcement last month saying he was suffering fatigue.

His spokesman Ike Ngouoni said Mr Bongo was “recovering all of his physical abilities”.

No mention was made of a stroke but the president had suffered “bleeding which required medical care”, Mr Ngouoni said.

Ali Bongo succeeded his father Omar Bongo as president in 2009, who governed the western African nation for more than 40 years.

He narrowly won re-election in 2016 in a poll marred by violence and accusations of fraud.

Earlier this month, with President Bongo away in the Saudi capital Riyadh, Gabon’s opposition leader Jean Ping again claimed victory in the poll.

On Friday a Gabonese newspaper was suspended for three months for saying the country was on “autopilot” and that the prime minister should be appointed interim leader.