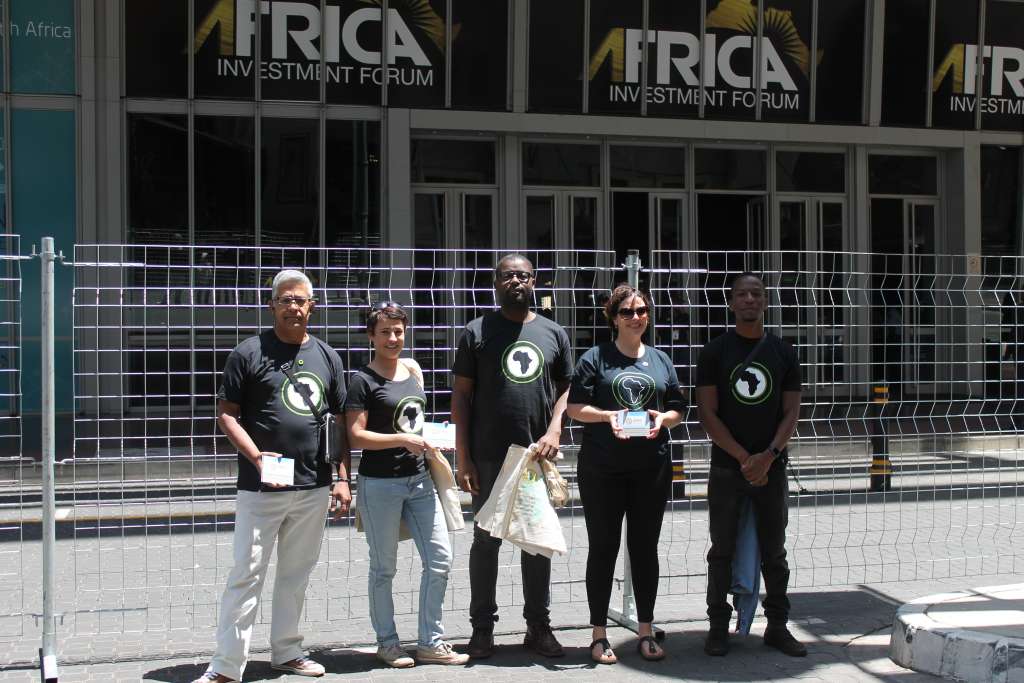 In a bid to have Africa commit to 100% renewable energy and to increase transparency in the continent’s energy sector, Zero – a coalition campaign between climate change volunteers and Non-Profit Organisations (NGOs) around the continent – was launched Tuesday 6 November, 2018  in Johannesburg, South Africa at the Sandton Convention Centre on the side-lines of the African Development Bank’s (AfDB) Africa Investment Forum.

“Our ultimate goal is for a low carbon sustainable future for all Africans and the shift from fossil fuels like coal, oil, and gas to renewable energy is vital as the latter is less costly and will create more jobs, build sustainable infrastructure, and does not contribute to pollution or harmful emissions which cause irreversible damage to our climate.

“We believe the AfDB is moving in the right direction in terms of clean energy finance for the future of Africans, but they continue to invest in new fossil fuel development in Africa and are not as transparent as they should be,” says Nicole Rodel, African Climate Reality Project’s Communications Coordinator.

In 2017 the AfDB’s energy investments portfolio consisted of 100% renewable energy, amounting to 1.4 GW of clean electricity. This indicates the Bank is leading Africa towards the energy of the future. The Bank has approved power generation projects with 1,400 megawatts cumulative specifically from renewables in 2017.  Both show its commitment towards achieving the Paris Agreement’s target of keeping the global temperature increase to 1.5°C above pre-industrial levels.

“We have been tracking the Bank’s progress towards transparency and easy access to information and have noticed that the AfDB is ranked fourth in the 2018 Aid Transparency Index. However, we feel that in an industry where standards are low this could be improved,” says Ahmed Mokgopo, 350Africa.org campaigner. 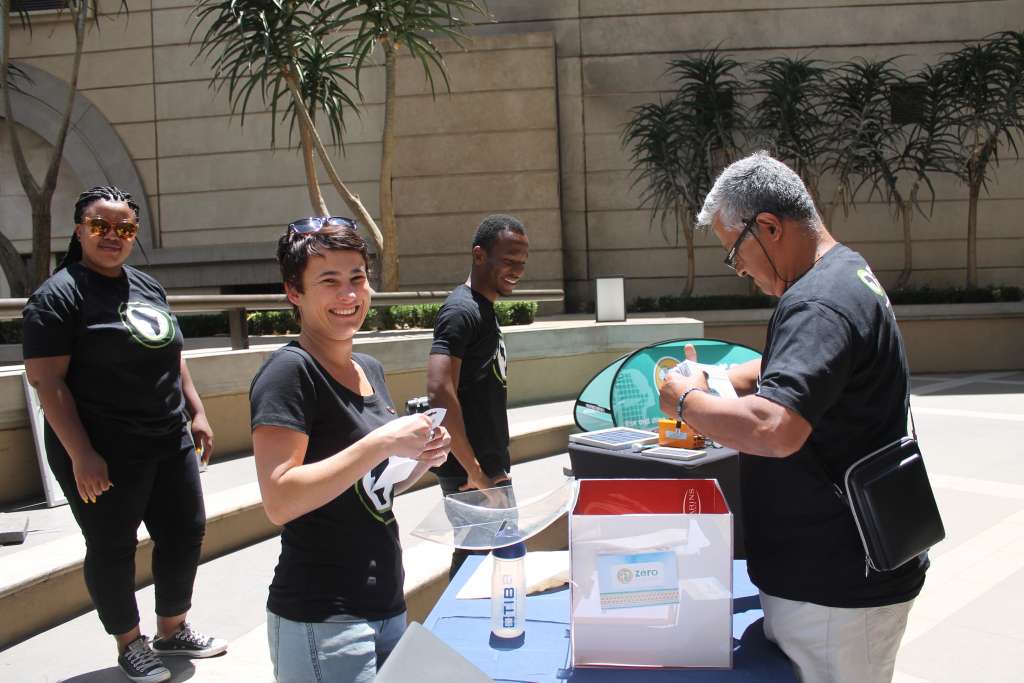 The Zero coalition calls on the Bank for increased transparency concerning the disclosure of possible and impending investments. This much-needed improvement in transparency gives public citizens a chance to voice their opinions on investments that threaten their well-being and quality of life, and allows the AfDB to explore alternative options to development.  Furthermore, the campaign calls on the Bank to disclose and share the greenhouse gas (GHG) emissions data for the projects and portfolios it supports.

This will send a strong message to potential investors and policymakers of the importance of decoupling Africa’s growth and development from GHG emissions.

All African countries have endorsed the Paris Climate Agreement and the goal to limit global temperature increase to 1.5ºC above pre-industrial levels. In accordance with international reports, most notable the recent report by the Intergovernmental Panel on Climate Change (IPCC), African countries are among the most vulnerable countries to climate change.

The IPCC report also warns of the devastating impacts of warming beyond 1.5ºC.  As temperatures continue rising, Africans will experience catastrophic impacts related to climate change.

“The costs of this damage, including increased civil unrest, migration and destruction of infrastructure, will require significant funding to ensure the wellbeing of African lives – and it becomes the responsibility of the region’s governments and public institutions, like the AfDB, to lead the world by example towards demonstrable and marked reduction in emissions,” says Rodel. 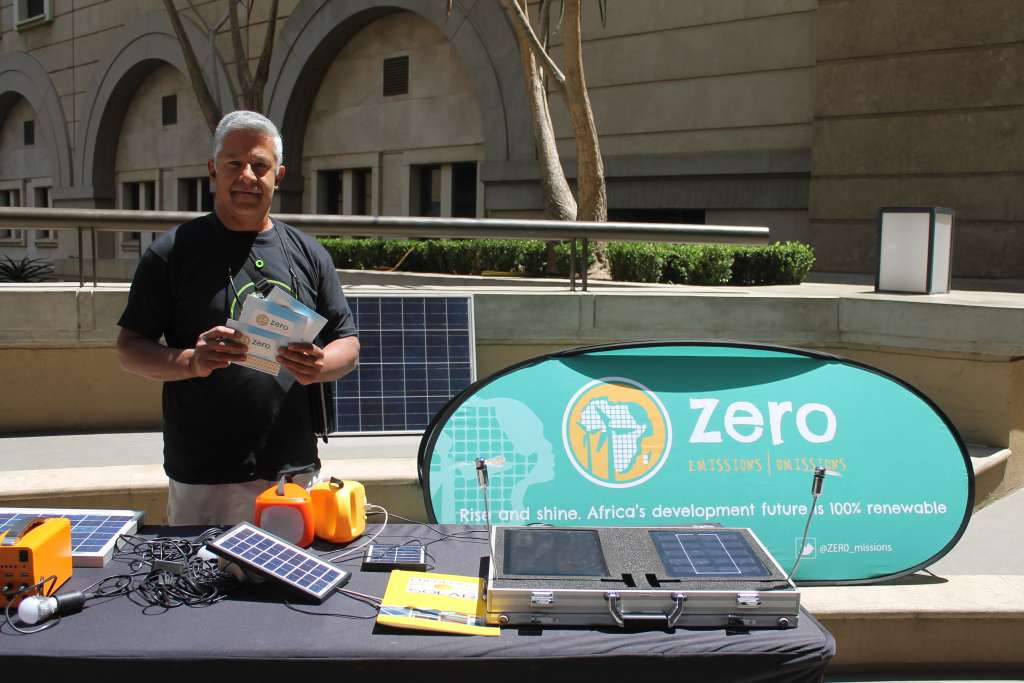 While the AfDB claims to support the shift to renewable energy, it is unfortunate that the Bank’s energy portfolio still consists of more than 45% of fossil fuels investments from coal, oil and gas. This stands in contrast to the 100% renewable energy vision of the Climate Vulnerable Forum, of which many African countries are a member.

“We are sure that AfDB can offer more support for this important endeavour which will lead to rapid advancement and support energy players on the African continent to shift to renewable energy projects. The transformation will inevitably begin by using a robust methodology to comprehensively measure and report emissions from its portfolio, including emissions from non-energy sectors and financial intermediaries,” concludes Michael David Terungwa, Climate Reality Leader and founder of Global Initiative for Food Security and Ecosystem Preservation (GIFSEP).