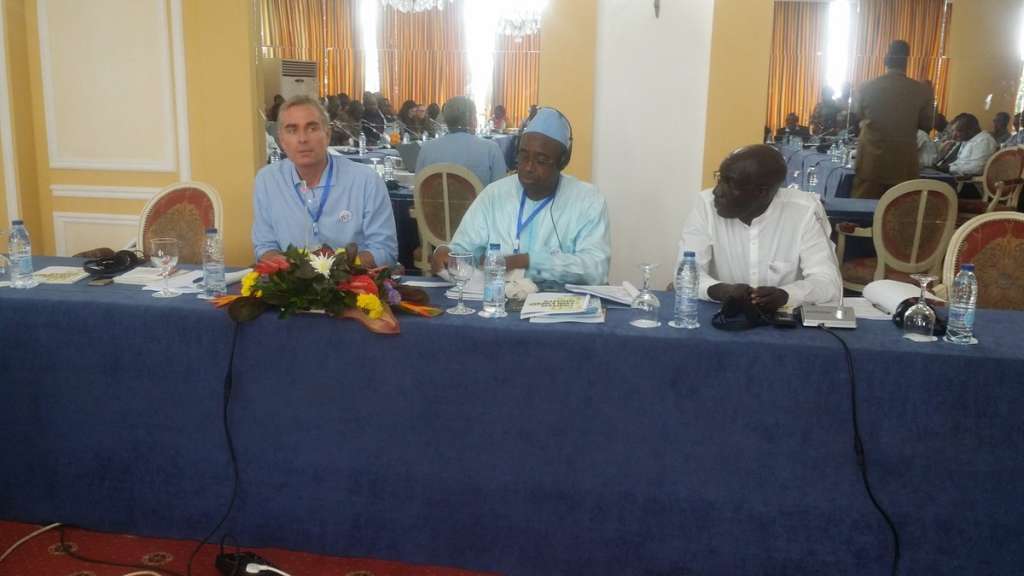 Climate Change, Environmental and Energy Experts are fully geared to stretch their muscles in alacrity for the close by COP 24 to be held in Katowice Poland from the 2nd to the 14 of December. In a preliminary tight strength of practical action on ground, ZERO, an Energy and Environment Organisation prepared a draft position paper. The draft paper is for the 24th Conference of Parties to the United Nations Conference of Parties to the UNFCCC.

According to ZERO Energy Information Expert, Wellington Madumira , the document  outlines the Zimbabwean common position on matters of national interest on climate negotiations . The included elements have much focus on past COP consultations. This is the information, knowledge and experiences of those who attended other conferences.

‘’This serves as guide for Zimbabwe Delegation negotiators and representatives in the UNFCCC committees, panels and other institutions. Apart from consultations from the previous meetings, they also reflect decisions of the Africa Group of Negotiators [AGN] Negotiating positions. These were drafted from the Bangkok Climate Conference and COP24 to be held in early December.’’

‘’As a country we are geared to showcase commitments and the will per-say to preliminarily come up with our set of synthetic data related to the event. We have experiences of other COPs done. What we fill in the open gaps is that which must remain intact in closed circuit of our agreement with others. This moulds for us an impact as Zimbabwe.’’

‘’In fact Africa must have the strongest voice in COP 24 Symposium. We are the ones more affected as a continent. As our voices are heard, we get responses to what remains as challenges related to climate change and Energy’’.

Rodger Mpande ZERO Technical Adviser expounded on Sustainable Development and poverty reduction as Africa’s main priorities. Negotiations which are destined for economic growth and development must leave no negative impacts on the African Economy which already has bleeding crevices of its long term pain.

‘’The impact must be positive for Africa. There must be positive impacts on African Economies, ecosystems, social cultural well-being and sovereignty. Besides, let us create policy space inside vacuums to bring a voice. Let us show the World that Africa needs new straightened direction.’’

‘’We want a situation where-by negative impacts on African Trade like unilateral measures mainly on exports are to be avoided. African countries should ensure that full utilisation of their resources remains not compromised.’’

The need to reduce emissions, Mpande said, stands crucial in addressing further impacts of climate change. Damage has been brought to Africa as a result of un-planned approach to climate change.  This, he added resulted in the upsurge of many negative artificial consequences.

‘’Mitigation in emissions could address our plight as Africa, however, we are in challenge. This Climate Change we talk of has impacted more on Energy sources such that poverty increases.

‘’The focus is on reducing emissions, not eliminating or writing off any source of energy, no’’, argued, Mpande . Amplifying his voice in a seethe of light emotions , he rose again,

‘’In this regard, the focus on reducing emissions;’’, he repeated his statements.’’ We need to ensure transfer of technologies needed to reduce emissions ‘’, he said.

Speaking with the balance of Gender equality and equity after being engaged for a comment, ZWRCN Information and Public Relations Officer Gamuchirai Chipagura commented on the Gender Action Plan which she said is a move to strike balance.

‘’The UNFCCC Gender Action Plan seeks to advance women’s participation. This is no doubt a clear indication of Gender equality and equity at Global level. However, there is need to work out on more policy priorities to increase women participation at all of the UNFCCC levels.

‘’Increase of women in climate change negotiations breeds them in the sector of Energy as well because these Environmental aspects touch more on Energy. For sure they explain and expound on these environmental and economic circles of life’’, she added on.