It was only in the early hours of November 15, 2017, that the whole of Zimbabwe and indeed the world came to know why military tanks had stationed in the capital city when the then Major-General Sibusiso Moyo appeared on national television announcing that President Mugabe was confined to his home but is safe and sound. According to Moyo, the reason why military tanks had rolled into the capital city was to arrest ‘criminals’ surrounding the president (Robert Mugabe).

Soon after the announcement by Major-General Moyo, there was delirium among Zimbabwean citizens. The country was in a state of joy in the aftermath with thousands attending a mass protest on November the 18th demanding Robert Mugabe to resign. A few days later, the unthinkable happened, the 37-year rule of Mugabe came to an end. For the first time since the country’s independence in 1980, Zimbabwe would be having a new president. The man chosen to replace Mugabe was his former aide in Emmerson Mnangagwa who had been in government since 1980 serving different portfolios from the Ministry of Justice to heading the country’s intelligence organization.

Thousands thronged the National Sports Stadium when Mugabe’s replacement, Emmerson Mnangagwa was sworn in as the country’s new president on November 24 2017. Among those who attended were the country’s main opposition leaders in (the late) Morgan Tsvangirai and his then deputy who is now the leader of the opposition Nelson Chamisa. Everyone in the country saw this as a new dawn and as Mnangagwa said on his inauguration, it was a ‘new dispensation’.

One year later after his inauguration, Mnangagwa’s stock has sharply declined (in spite of him winning the presidential election). In many quarters, the fall in Mnangagwa’s stock signifies the regression of the country ever since he took power. Below, let’s explore some of the key factors which played a huge role in Mnangagwa’s decline.

When Mnangagwa preached about the start of a new dawn, many people thought that he would start by apologizing for the wrongs he did in the past. During the early years after independence, hundreds if not thousands of people from Zimbabwe’s Matabeleland and Midlands region were butchered by the military and the state security agents. At the time, Mnangagwa was the country’s head of the intelligence sector and as such, was viewed to be part and parcel of those who orchestrated the massacre. However, Mnangagwa has proclaimed his innocence ever since despite overwhelming evidence suggesting he played a key role in the massacre. With everyone expecting him to acknowledge and apologize for his part in the massacre, Mnangagwa decided to preach ‘letting bygones be bygones’. This angered a large section of people from Matabeleland and Midlands who simply see him as a man who cannot reform and as such a man who cannot unify the nation.

Reluctance to Be Tough On Corruption

In the last decade, Zimbabwe has become a haven for looters with most of these being government officials. It was therefore expected by many that one of Mnangagwa’s first priorities would be to go tough on corruption to win the love and support of the ordinary man. However, soon after his inauguration, Mnangagwa decided to appoint as ministers some officials who are widely considered to be corrupt. This angered the nation. While he managed to dumb some of them later on when he made his cabinet selection after winning the presidential election in July, the nonexistence of any top government official to be convicted suggests that Mnangagwa does not want or fears imprisoning those that he ‘ate’ with.

One of the things which widened the rift between citizens and Mugabe was that Mugabe was seen as detached from the struggles of the majority. While this on paper would seem to be a simple thing to rectify for Mnangagwa, the opposite has happened to this day. Just to illustrate this, Mnangagwa forked out over a million dollars to hire a private jet to fly in the former first lady when her mother died. However, some weeks later when the nation was facing a deadly cholera crisis, the Mnangagwa administration managed to ‘chip in’ with a paltry $100,000.

One of the main reasons cited by the US and other western countries and organizations when they slapped Zimbabwe with sanctions was that Robert Mugabe failed to respect human rights. This, therefore, meant Mnangagwa had a perfect chance to paint himself in a positive way by just taking the necessary steps to respect human rights. However, the August 1 events and the subsequent setting up of a farcical commission just dampened his claims of being a reformist and a respecter of human rights.

On the Bright Side

At his inauguration, Mnangagwa said that he will be prioritizing reengagement as he wants Zimbabwe to start building relationships with the countries that it had frosty relations with in the past. True to his word, Mnangagwa went on a diplomatic offensive charming western nations and organizations to start seeing Zimbabwe in a positive way. Countries such as the US, Britain, Australia and others that previously had not sent official delegations to Zimbabwe in years were able to send some top-level delegations. 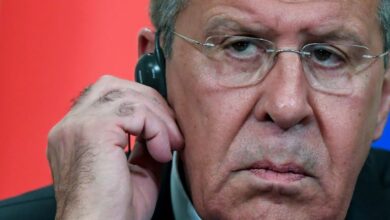