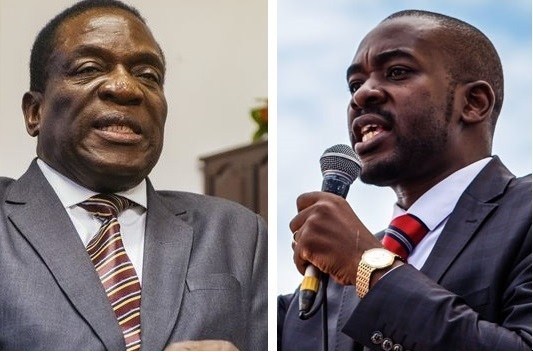 With elections over, Zimbabweans want to see politicians work together to move the country forward

Zimbabwe continues to swim deeper into oblivion owing attention to current economic melt-down. All that used to depreciate is now decomposing to ashes. Following the introduction of 2% tax on all electronic transactions by the Minister of Finance Mthuli Ncube hell broke loose.

Food prices like cooking oil have risen from 3 dollars 50 cents to between 9 and 15 dollars. Fuel increase in price has also contributed. Some food stuffs like bread have high prices because of the short supply of flour. However, wheat is running short.

The crisis has prompted MDC T Leader Nelson Chamisa to be called for a meeting by Zimbabwe Council of Churches. Chamisa said recently that he is ready to meet ZANU PF for the meeting. The meeting, he pointed out is ready to work out on solutions.

‘’The country is under- going a crisis. I am ready to meet ZANU PF. We need to talk about issues faced by the country. As we talk, they are certain new challenges sprouting from the ground. It is important to meet with ZANU PF. This is really a crisis. As a country, let us solve this once and for all.

Chamisa according to most sections of society and church denominations is the central figure of acrimony in the Zimbabwe politics. They invited him for a meeting. Kenneth Mtata , Secretary General of the Zimbabwe Council of Churches indicated that a crisis talk is the only maneuver in the Zimbabwean politics to solve thorny issues .

‘’Zimbabwe is in crisis. The only solution is to address thorny issues at hand. A dialogue of some sort is the only solution. We need to bring peace of mind to bring unity between the two. How-ever. This must not be a long hill climb.

Giving his few words comment, Dr Francis Danha said it is all about building on a new Zimbabwe. The problem lies with politics of greedy Leadership in the country. We have seen that the country is in squabbles. What then is the ultimate answer to problems we have?

‘’Politics is creating poverty for the country. This is not new. This has been on and on for some time. There can be meetings to come up with solutions but if it bounces, there is always an answer to questions remaining unanswered ‘’, he said .

Several companies have threatened to close. Big Department shops are running their day to day business because of the confidence they have with them. Many small shops in high density suburbs have remained closed for some days. To make it worse, Reserve Bank of Zimbabwe has separated Foreign Accounts from the Local Real Time Gross Settlements Accounts.