Harare,A Zimbabwean prophet Walter Magaya of Prophetic Healing and Deliverance claims that the Aguma drug he discovered will go a long way in the treatment of HIV. The challenge he faces is that the Ministry of Health and Child Care is resisting the ‘’dark-sided Innovation. HIV progresses to AIDS if not managed well. Magaya claims that his drug will suppress the virus in the body of an infected person.

‘’The drug is suitable for those who are HIV positive. Especially those with low CD4 Count may witness how effective the drug is . The drug raises the falling CD4 to high levels, . This leads to virus suppression in the body.

‘’Once you take it, in 14 days you will be done and thus all. It will go a long way in the treatment of HIV. My team is working on it as well. I have partners with Indians who own Aretha Medical. The company will be established in the country.

‘’To those who will use the drug, the CD4 count will have gone up by 200%, suppressing the virulent virus that affects the body . The moment you use it it vanishes forever ‘’, he claimed as he reiterated to Journalists in Harare on Sunday 27 October.

Magaya also said a USA company was ready to offer him US 56 Million. He said he refused the offer because he wants to work on related programs.

‘’A USA company offered me US 56 million but I refused. They still want me to show them the plant from which I got the drug. Already the drug is ours because we have Intellectual Rights. In addition, I have planned to build a big plant in Africa.

‘’The plant will be a Pharmaceutical company to serve Zimbabwe, Africa and the World. This will serve millions who have this ailment, HIV and AIDS’’, Magaya boasts .

According to echoes at Parliament this week, Magaya faced the challenge. Wellington Chikomo Glenora MDC T Legislator asked Dr Gwinji Permanent Secretary in the Ministry of Health and Child Care if the Ministry was happy about the discovery.

In response , Dr Gwinji appearing before the Parliamentary Committee on Health chaired by Entumbane Member of Parliament , he said it was good to have innovation but with follow up on medical procedures in terms of registration ,

‘’We can’t say we do not want innovations, The problem is , no processes were legally followed by Magaya . We want the right procedures and protocols to be followed right straight from the start of the whole deal .Secondly the drug must sound efficacy and safe for use,’’ 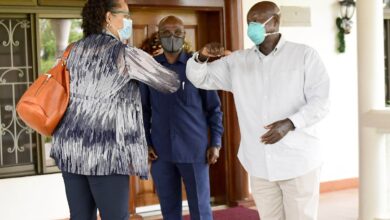