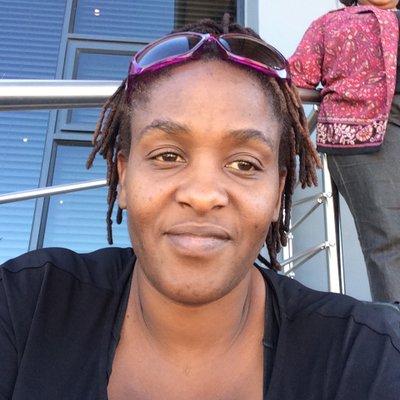 UNICEF, The magnitude of sexual violation prevalence in the World continues to increase.  In total other forms of abuse like child labor , child economic exploitation , neglect  , physical abuse, trafficking and child pornography also continue to prevail in a World dominated by HIV and AIDS .Shocking  statistics of children facing several forms of abuse center more on sexual abuse and child trafficking.

Owing attention to this, in-order to come to the reality of children’s rights, Parliament of Zimbabwe is working out on 30 pieces of legislation related to the Children’s Act which need to be aligned to the Constitution .Children laws are to be stricter regarding protection and safe-guarding  children, especially the girl child. The Government will come out with the strategy of sexual offenders’ registration so as to get correct statistics and be able to deal with the issue.

Addressing Journalists attending the Zimbabwe National Council for the Welfare of Children, Taylor Nyanhete  , Director of the organization added that 150 million girls are  forced into  unprotected sex .  These end up vulnerable and thrown into several forms of poverty in life like absolute poverty .He also said that boys are also at risk .Worse still , he cited that 1,2 million children are trafficked annually . This, he added is pushing the Government become censorious so as to protect children in general.

‘’Looking at 1,4 million Zimbabweans infected by HIV , the big number belong to young people who constitutes 60% of the total population . Out of the 7 billion World population, 2 billion clock to adolescents population. Young people are at tight blow.

‘’The Law will at a time in the future make it 40 years for any rape case to a minor . More years will be for those who sexually abuse those with disability especially if those abused are still children.

‘’The fact on ground is, there is high increase in school drop- out. This is much affecting the girl child mainly because they are taking more responsibilities at home.

‘’Sexual exploitation and vulnerability is increasing on a daily basis with the kind of remorse and embarrassment which exposes the girl child in the community.

‘’At last we face challenges related to child headed families which face economic problems which we need to address as a nation’’.

Taylor Nyanhete also cited on aspects of Faith Based Churches and some religious sects which are a contributing factor which fuel escalating challenges in hand. This, he said is mainly in Africa and the developing World.

‘’Yes, Africa is at loss because of child marriage.  Despite, let us focus more on our own children. They were born in a volatile world of African culture, tradition and religion. We need not to hide the fact that these are part of the challenges we experiences as we move forward. How-ever, let us not be found behind.’’

‘’The tradition of gender in-equalities has been the main problem debilitating on the girls. Over the past decades because of male domination, a number of young girls were married before finishing their school. We understand, some fail to get school fees, but still they need to complete their schooling ‘’.

Commenting on the same issue, a Child Rights Expert with the same civil society, Zimbabwe National Council for the Welfare of Children, Maxim Murungweni said a number of girls around the country are still faced with problems related to forced sex.  Rape is leading challenge. It is followed by child trafficking which leads to forced prostitution. Most young girls in Sub Saharan Africa are vulnerable. They face mounting problems which force them to forced sex, pornography and all sorts of mischief is practiced on them.

‘’It’s  pathetic , young women are forced into prostitution , because sometimes they have no option , but just to accept impossibilities and later they get exposed to HIV and AIDS , child marriage , unwanted pregnancies and transmission of some opportunistic infections’’ .

’Governments must be custodian of children’s rights as cherished by the Convention on the Rights of the Child and the African Charter on the Rights and Welfare of Children.

‘’Investments in children’s future creates for them a just World where everyone has his or her rights as echoed by the convention’’, said the Expert.

‘’Ending AIDS by 2030 can just be a story of success because we have gone long a way in the fight against HIV and AIDS in the country.  Initiatives and programs like those on young people Sexual Reproductive Health , sex and sexuality , young for real and Rivers flow of NAC and SAFAIDS have done much to eradicate HIV and AIDS’’ .

‘’We have targets with those like UNAIDS does. Our optimism is that AIDS can be elimination by 2030. This is accompanied by the Universal talk closing the tap of new HIV INFECTIONS. Countries are currently looking at the 90, 90 , 90 targets to end HIV by 2030 .The targets look at suppressing the viral load , knowing your status and initiation of ART…  They are also looking at ending pediatric HIV , that is in babies’’,  she concluded.

Speaking at the same occasion, Shamwari YeMwanasikana Director Ekeniah Chifamba defined child marriage as a formal marriage or an informal union in which at least one of the parties is a child.

‘’A child is a person under the age of 18 years. The Law now does not accept a situation whereby someone under the age of 18 gets into marriage. By that time, age , they will be still in school. Let us bear it in mind that they also want to learn and pursue Tertiary careers.

‘’When then do they become like those who excel in their education?. Let us make and see those becoming Leaders tomorrow. At the same time, there is the age of consent which is 16 years. As long as a girl is below 16, she is not ready for sex. At 16 and above, she may consent to, but if not then forced into sex , then its totally rape’’ .

Child marriage is a Global problem. Approximately 15 million girls get married before the age of 18 years .At least we are talking of 41 000 girls married every-day. In the developing World, 1 in 3 girls are married by the age of 18 and 1 in 9 by the age of 15 years. Some are married as young as 8 or 9 years in some other burdened countries .

In a study carried by UNICEF, Ending Child Marriage.. Progress and Prospects , 2014 State of the World’s Children , 30 to 34% of women in Zimbabwe aged between 20 and 24 years were married or in union before they were 18 years old .