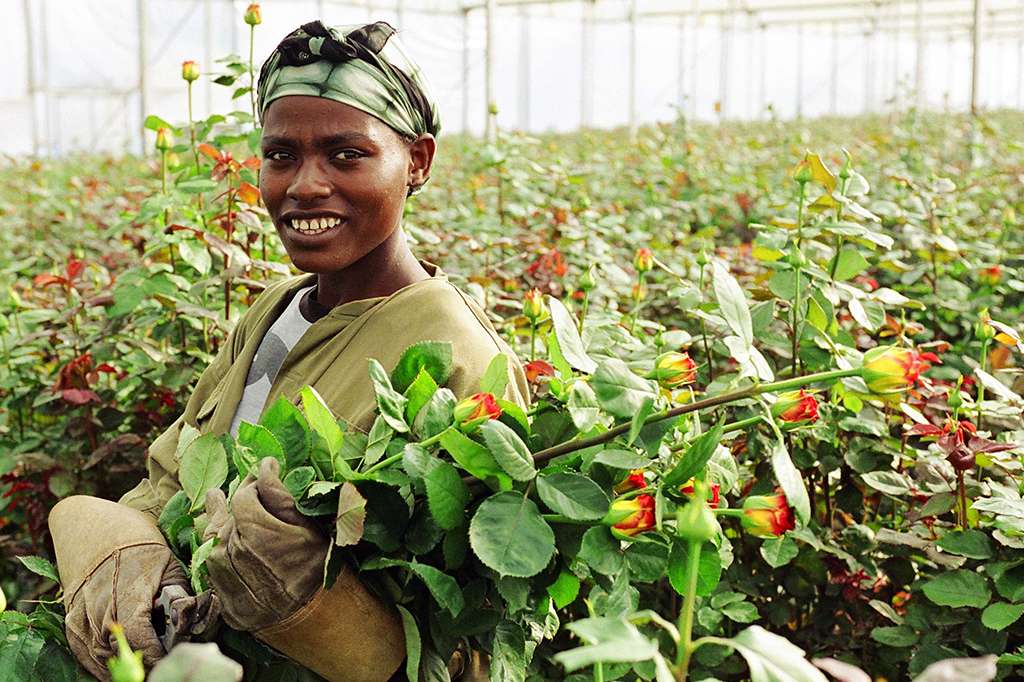 A three-day international trade fair for the floriculture and

horticulture industry has opened today in Harare, Zimbabwe running
until 11 October, 2018 as the country aims to reposition the ailing
sector to boost much needed foreign exchange.
According to Dick van Raamsdonk, General Manager of HPP

International Exhibitions group based in Holland, the first edition of
the newly established international trade fair hortiflor was
especially created for the horticulture industry of Zimbabwe.
He said that hortiflor is a platform where growers, suppliers,
traders, investors and buyers of fresh produce and fresh flowers can
meet.
“This is a platform where Zimbabwean horticulture can meet with the

world of horticulture,” Raamsdonk said.
He also said that the three day trade event in its first edition has
attracted exhibitors from 10 countries and visitors from an expected
15 to 20 countries.
“With a total of almost 60 companies that represent growers and

suppliers from the fresh flower and fresh produce sectors, it can be
called an excellent beginning of much more to come in the near future.
Since Zimbabwe has already proven to be one of Africa’s top exporters
of horticulture products in the past, it is not a new road that has to
be taken, but much more continuing on an existing road, basically in a
pretty good shape, just waiting for a good maintenance. This together
with the message of a new government of Zimbabwe, that the country is
open for business, makes it very interesting opportunity that offers
great chances to both Zimbabwean and international companies,”
Raamsdonk said.
Gorden Makoni, Chairman of the Export Flower Growers Association of

Zimbabwe (EFGAZ) said that the premier trade show, the first of its
kind in over 18 years in Zimbabwe brings together farmers, growers,
breeders, investors and buyers with one purpose of increasing
horticulture export in Zimbabwe.
Makoni said that the flower industry is going through remarkable
growth buoyed by the four rising stars, Colombia, Kenya, Ecuador and
Ethiopia.
“The US market is on the upswing, Russia market is declining but the

Netherlands remains the fulcrum of the global flower trade,” Makoni
said.
He added that to think that in the late 90s to early 2000,
Zimbabwe was only second to Kenya and third in the world in flower
production reads like a fairy tale.
“The exhibition by HPP exhibition reminds us that we have work to
do, that is to take back our spot snatched by Ethiopia,” Makoni said.
He also added that Zimbabwe had some of the best climate for cut
flower production and horticulture.
“We need to seize on this comparative advantage against our erstwhile

and it does put us in a good steady,” he added.
Makoni also called on the government to lead by ensuring that the
industry is well funded the way mining is funded, land issue is
stabilized and can be used as collateral as some farmers are failing
to use land as collateral to increase production.
He also added that value chain linkages are needed to make sure

that growth in one has the domino effect on all up and downstream
industries including marketing, freight forwarding, finance, input
suppliers, agro-chemicals, greenhouses, packaging, irrigation, cold
rooms and refrigerated trucks.
Agribank Acting CEO, Mr Francis Macheka said that his bank was
ready to create competitive facilities such as capital to support
financing for horticulture and floriculture in Zimbabwe.
He said that his bank was geared to drive exports growth and has

made progress in sectors such as tobacco farming.
He said that the bank was pleased that some farmers in Zimbabwe had
already started to launch or relaunch projects in horticulture and
floriculture and the bank was ready to offer much needed capital
finance.

South Africa Legalises Use of Marijuana