The government of Zimbabwe has received a US$1 million grant from
the government of Russia to implement a three year project on
Nationally Determined Contribution (NDC), according to Washington
Zhakata, Director for the Climate Change management office.
According to Zhakata, the project will deliver the Low Emission
Development Strategy, the country-wide Measuring, Reporting and
Verification (MRV) framework and also create linkages for low emission
investments with business.
Zhakata also added that the country had developed a Climate Smart
Agriculture (CSA) manual for agricultural education students meant to
better prepare graduates of the colleges of agriculture to carry out
farmer trainings and outreaches to promote new climate-smart
principles and practices.
Zimbabwe has been party to the United Nations Framework Convention
on Climate Change since 1994 and has been active in discussions on the
Kyoto protocol, the Doha Amendment and the Paris Agreement through the
African Group of Negotiators. The country’s Nationally Determined
Contributions for Green House Gas (GHG) emission reduction were
submitted to the UNFCCC in 2015 and the country became a party to the
Paris Agreement in 2017.
Zhakata said that the government of Zimbabwe through the ministry of
Environment, Water and Climate has been making progress in setting the
tone for the achievement of the 33% per capita reduction in green
house gas emissions target in the energy sector by 2030.
He said that the national climate policy of 2017 speaks to the NDC
commitment while the national climate change response strategy dated
before 2015 will need to be updated.
It is reported that institutional arrangements for NDC
implementation have been set up in a manner that involves high level
coordination from the office of the president and cabinet as well as
broad participation through the NDC technical committee and its
sub-committees.
Zhakata says that progress is being registered in making the private
sector, government ministries, local authorities, research
institutions and CSOs understand the low emission trajectory that the
UNFCCC seeks to achieve in the next few decades and how the country
can strategically position itself.
“Challenges relating to domestic funding, limited access to
international financial flows and private sector awareness are
constraining progress towards creating an enabling environment for low
emission development,” Zhakata said.
It is reported that the Nationally Determined Contribution defines
priority actions to build resilience to climate change and pursue low
carbon development.
Resilience priority areas in Zimbabwe include managing climate
related disaster risks, reducing vulnerabilities in the agricultural
sector through adaptive crop and livestock management, climate smart
agricultural practices and improved management of water resources and
irrigation.
It is added that cross-sectoral adaptation efforts such as institution
of policies catering to the more vulnerable, gender and social groups,
sustainable agro-forestry practices and building capacity to support
diversification of livelihood have also been highlighted.
Zhakata says that the government of Zimbabwe identified the need to
develop further analysis on the measures proposed in the NDC to
prioritise interventions as well as to develop an implementation
framework of NDC mitigation actions.
The World Bank has been engaged for support to develop the NDC
implementation framework including a measuring, reporting and
verification system. The work is reported to have been ongoing and
expected to be completed before the UNFCCC facilitative dialogue to be
held in November/December 2018.The current work is focusing on the
energy sector.
According to Zhakata, the climate change management department
stands ready to continue providing overall policy guidance as the
country thrives to optimum preparedness in preparation for
implementation of the Paris Agreement from 2020 and beyond.
It is also reported that Zimbabwe has taken some significant strides
in preparation for implementation of the NDCs in terms of setting up
the required governance structure and mobilizing resources.
“However, more still needs to be done with regards to implementation
framework, finance for tangible projects, access to international
climate finance for large scale transformative programmes and
incentivising investors,” Zhakata said.
He added that further strategic engagement with the private
sector is necessary if the country’s NDCs are to be met.
Zhakata added that the country will be better prepared to implement
the NDCs from 2020 once a legal framework is in place for the
NDCs.
“More work appears to be required for sensitisation on NDCs both at
individual, institutional and systemic levels,” Zhakata said. 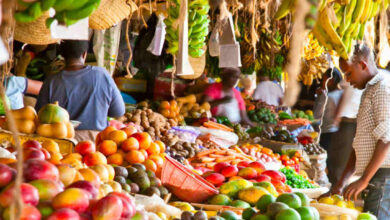 EU to use warships to curb human traffickers