New initiative launched to engage the military and other uniformed personnel in HIV awareness, prevention and treatment and eliminate sexual and gender-based violence by defence and security forces

BANGUI, Central African Republic, October 9, 2018,-/African Media Agency (AMA)/- UNAIDS has signed a memorandum of understanding (MoU) with the Ministry of National Defence and Reconstruction of the Army, the Ministry of Health and Population and the National AIDS Committee of the Central African Republic. The aim of the MoU is to reduce new HIV infections within the military and other uniformed personnel, reduce sexual violence and abuse by security and defence forces and increase uptake of HIV treatment, care and support services.

“We have a responsibility to protect all our people from violence and HIV, especially women and girls, who are the most vulnerable. By focusing on uniformed personnel, we aim to transform the relationship between the new army and the population, as a key to reconstruction,” said Faustin-Archange Touadéra, President of the Central African Republic.

Under the MoU the parties involved will mobilize national partners to respond to HIV and gender-based violence within the defence and security forces, reduce HIV prevalence and incidence and improve relations between the defence and security forces and the general population through integrated activities around HIV prevention and gender-based violence.

“This protocol is a first,” said Michel Sidibé, Executive Director of UNAIDS. “It translates Security Council resolution 1983 into concrete actions. It places prevention at the centre of our efforts to end gender-based violence as a cause and consequence of HIV. This is essential and complementary to all efforts to strengthen accountability for sexual violence in the Central African Republic.”

Special emphasis will be given to training and awareness-raising for defence and security forces using methods proven to be effective in reducing gender-based violence and preventing HIV. These include improving mechanisms to report sexual violence, support for survivors and ensuring access to effective HIV prevention tools. Social and psychosocial support programmes will also be made available for members of the defence and security forces and their families.

The main beneficiaries of the programmes and activities will be the defence and security forces in the Central African Republic, which include the military, the police, the gendarmerie, customs officials, water and forestry officers and the municipal police. The implementation of the MoU will also benefit the wider population through planned integrated activities between the military and civilians and through the impact of HIV prevention, treatment and care programmes and efforts to eliminate sexual and gender-based violence and abuse.

UNAIDS will provide leadership and technical support to the initiative and will mobilize its partners and Cosponsors, particularly organizations working on gender and health issues, to support the implementation of the activities outlined in the MoU. UNAIDS will also ensure effective collaboration between all project partners, including ensuring the active participation of civil society. It will also play a critical role in advocating for resources and supporting the monitoring, evaluation and documentation of the initiative.

The new commitments will play an important role in advancing the National Recovery and Peacebuilding Plan 2017–2021 in the Central African Republic and are part of ongoing efforts to implement United Nations Security Council resolution 1983, which underlines the importance of concerted efforts towards ending sexual and gender-based violence and responding to HIV in conflict and post-conflict settings.

HIV data for the Central African Republic in 2017: 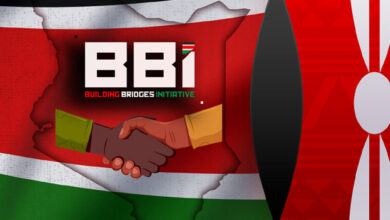 Kenya:BBI judgement to be delivered on Thursday 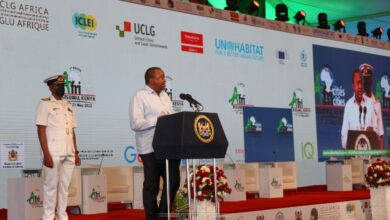 Ex-Malawi leader on corruption case: ‘I am innocent’