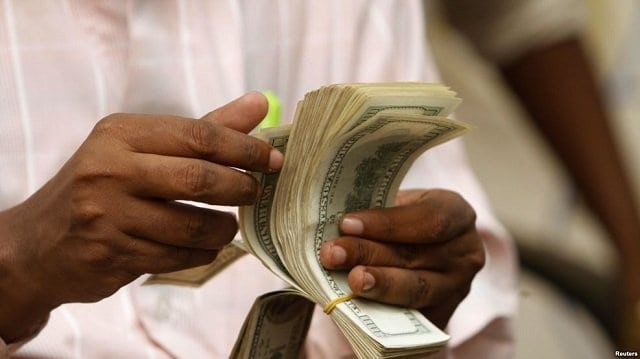 The euphoria which greeted the announcement of Zimbabwe’s newest cabinet just over a month ago quickly dissipated this past week as foreign currency disappeared from the streets. The scarcity of foreign currency inversely led to serious spill off effects such as the exponential rise of the conversion rate between the Bond (Zimbabwe’s local currency) and forex (particularly the USD, South African Rand and the Botswana Pula) on the black market.

Currently, Zimbabwe is using the Bond Note as its local currency. According to the country’s Central Bank, the official rate of the Bond Note to the US Dollar is 1:1. However, that’s not the situation on the ground, those who visit the parallel market to exchange their US Dollars for the Bond Note and vice versa are received with rates which show that the local currency is not at par with the US Dollar as ascertained by the Central Bank. While Zimbabweans had become accustomed to the black market USD to Bond Note rate in the past months, the exponential rise in recent days has come as a shocker.

The exact reason behind the exponential rise is not clear at the moment, however, there are some factors which have been forwarded that help in explaining the events of the past few days. Firstly, there was the pronouncement of the 2% Monetary Transfer Tax. This tax entails that for every dollar a person transfers, the government taxes 2 percent. In comparison to the previous transfer tax which was in place, it means the new tax is over 350 percent more than the one which was previously in place. This exponential rise in the money transfer tax can be viewed as one reason why the black market forex rates increased significantly.

Moreover, there is also the issue of the splitting of bank accounts. Previously, regardless of the currency (be it the Bond Note or the US Dollar) that one deposited, the bank balance always reflected funds in US Dollars. However, the new Minister of Finance Mthuli Ncube recently split bank accounts, one to act as An RTGS Account (for the local Bond Note) and the other acting as the FCA (Foreign Currency Account). The splitting of the bank accounts led many to believe that the government was about to acknowledge that the local currency was no longer at par with the US Dollar thereby rendering it less valuable to the US Dollar. Despite the split, the government has however insisted that the Bond Note and the US Dollar are at par.

Irrespective of what may have led to the rise of the black market forex rates, one thing that’s clear is that the rise has had massive spill off effects.

The major spill off effect is that the rise led to the skyrocketing of basic commodity prices. Producers of basic commodities stated that they are not receiving enough foreign currency from the government. As such, they are forced to look for money on the parallel market. They will then put a premium on their products to cushion themselves and this will have an inherent effect of increasing prices.

Sifelani Jabangwe, the president of Confederation of Zimbabwe Industries (CZI) said “Businesses are having great difficulties accessing foreign currency. This has been mainly due to the fact that our requirements have grown, in addition to the backlog which we still had. Thus, supply has not matched this demand…There is a real danger that this could cause prices to go up while in some instances there could be products shortages…Our economy is not generating enough foreign currency and this is why we are encouraging our companies to export more and not just consume the foreign currency they generate.”

While this reasoning certainly makes sense for the producers, the rise in the prices of basic commodities has affected the bulk of Zimbabweans who are forced to come to terms with the new price structures even though their earnings remain the same.

The current foreign currency problem in the country has led the Zimbabwe Congress of Trade Unions (the national worker’s body) to ask for salary increments on behalf of the workers. ZCTU said “Labour notes that most workers earn on average of $300 a month and therefore cannot afford to buy the goods in most shops… Unscrupulous retailers are using the three-tier pricing system to swindle consumers while authorities just stand by without taking action…There are prices for those who use the US, the bond note and those who use the electronic transfers are made to pay through the nose. Indeed if this is what is called ‘Open for Business’ then Zimbabweans are in for a torrid time.”

While many businesses have been forced to increase the price of their commodities, some businesses have however taken the decision to close shop altogether citing foreign currency shortages. One such company is KFC Zimbabwe which closed all of its Zimbabwe branches just a couple of days ago.

Atiku tasks Buhari not to plunge Nigeria into another recession

DRC measles epidemic must be halted within 60 days: MSF