Attended by thousands of the general public, the event provided an unprecedented networking opportunity for the youth who had interactive discussions with the leaders of the sector both from the private and the public

Attended by thousands of the general public, the event provided an unprecedented networking opportunity for the youth who had interactive discussions with the leaders of the sector both from the private and the public. The lucky draw prizes by majority of the exhibitors, notably a brand new laptop by the organizers and 15 scholarships from Plasma and Horseed universities and the state-run National Communications Institute, created enthusiasm within the participants.

Somalia’s country-code domain (dotSO) launched the (.me.so) domain for the first time by giving out free domains to students and authors to promote blogging within the young people.

H. E. Abdurahman Omar Osman (Eng. Yarisow), Governor of Benadir, the official sponsor of the event, said he was impressed by the quality of services and innovative ideas exhibited at the Expo. “Both locally and nationally, we are working hard to create an enabling environment to help the young people create jobs for themselves and for the fellow citizens.”

At the closing ceremony, minister for Post, Telecom and Technology, H. E. Eng Abdi Ashur, said the Expo has shown the strength, diversity and the vibrancy of Somalia’s ICT sector.

“The event gave the country’s ICT sector a further boost and showcased the progress made in this sector by the public and private sectors. We will continue providing such platforms to the sector through different initiatives,” concluded the minister.

Distributed by African Media Agency (AMA) on behalf of Ministry of Posts, Telecom and Technology of Somalia. 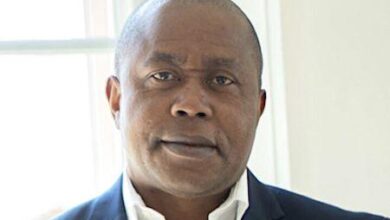 DR Congo: Actions to require the depoliticization of the ‘’Election Commission’’ and the credible ballots in 2023