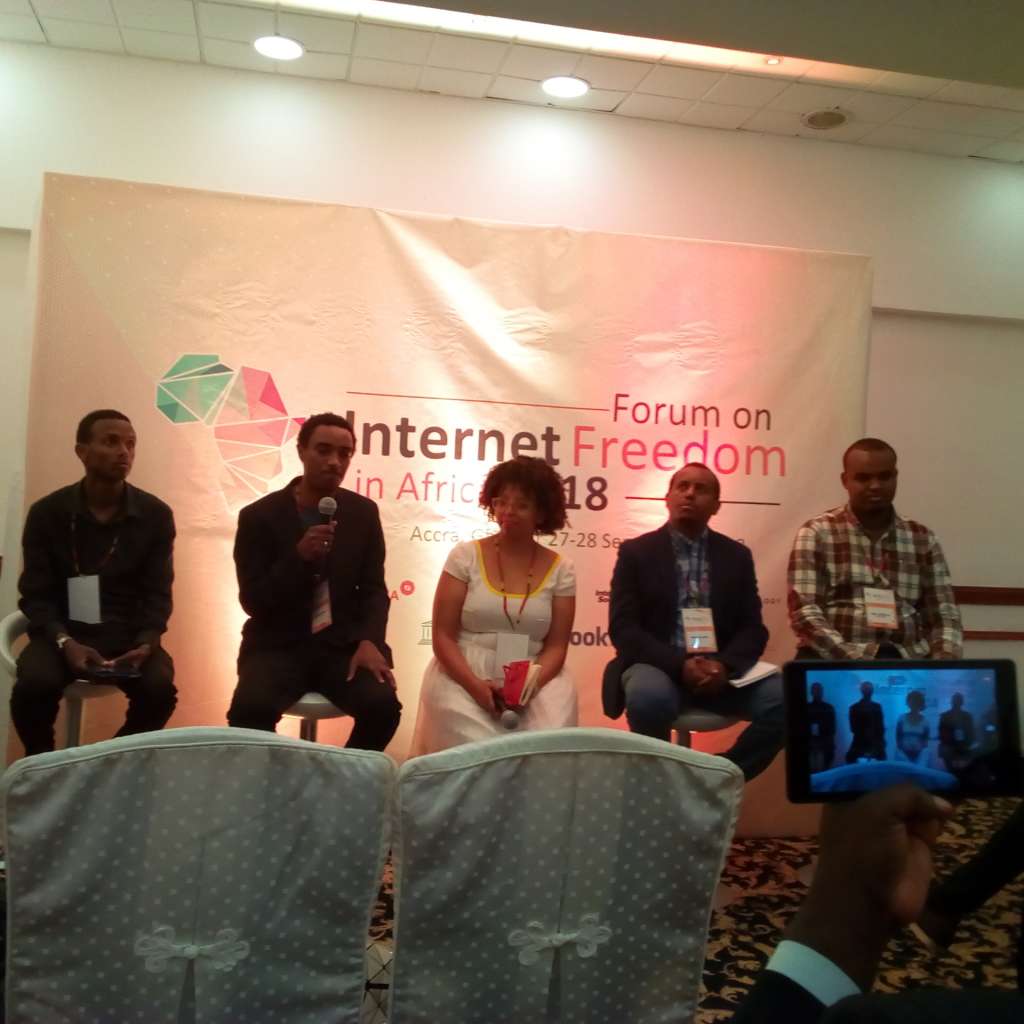 Speaking at the just concluded forum on Internet Freedom in Africa, for the first time the young bloggers shared their experience on the control of digital media, surveillance and censorship in Ethiopia with a pan-African and international audience.

The group of bloggers also known as ‘Zone 9’ talked with emotion their surveillance experience, arrests, interrogation and imprisonment in what they called torture centres in Ethiopia.

‘Zone 9’ launched their blog in 2012, after two years of activities Ethiopian government arrested the bloggers.

“After three months of interrogation they trumped charges against us,” said Mr. Zelalem Kibret, co-founder of “Zone 9” platform in an interview.

They were charging us with crime against the constitution and crime of terrorism,” Mr Kibret explained.

According to the blogger, the real accusations were working with international rights organizations to terrorize the public.

Before the new political reforms several Human rights organizations documented crack down cases against opposition and lack of media freedom in Ethiopia which led to the forced exile of many journalists, activists and opposition politicians.

It was not unexpected because there were thousands of Ethiopians by the time who were jailed as per anti-terrorism law, Kibret, further noted.

“So we expected that it was coming,”

In recent months thousands of opposition and media websites were unblocked as part of political reforms that were largely welcomed in the country and abroad.

Young bloggers narrated crackdown online with their colleagues who were allegedly monitored by security agents, including a blogger whose website was blocked 17 times despite changing domain names.

“We were forces to censor ourselves,” said one of bloggers who was on a panel during Internet Freedom Forum.

Social media played a key role in their publications. Bloggers said Facebook was also their main channel to reach their audience in Ethiopia and diaspora.

While young Ethiopians knew the risk of challenging government with a different narrative, they said that they were surprised by the extent of government reaction.

One of the bloggers revealed their phones were tapped over a year, their movements were also monitored.

There was not limit to the stories they posted. From sports, politics, economics to social issues.

“Most of the time we published opinions on political issues and very critical on government,” said the blogger, writer who is also a legal practitioner.

“I personally, I am a lawyer most of my blogs are on legality, constitutionalism, everything related with the law as well as politics”.

“Most of the time we focused on very difficult political topics that government does not want to be published,” said the blogger

Interned penetration in Ethiopia is very low in comparison to its East African neighbors.

According to data from International Telecommunications Union (ITU), in 2016 Internet penetration was at 15 percent.

Bloggers said their audience was diverse including those living in Ethiopia and diaspora.

“We got trust from most of people because we were genuine,” We did not hide anything”. Noted the Ethiopian writer

“There are a lot of people who hide themselves behind anonymity,”

Mr Charles Onyango Obbo, a publisher based in Nairobi, Kenya and veteran journalist described the rising power of Internet and Social media on governance and political change as “digitalcracy”.

Social media tax also dominated the conversation; some saying it hinders freedom of expression online and access to Internet.

Uganda has imposed the tax which led the loss of revenue of MTN, one of major telecom operators in the East African country.

Zambia introduced tax on Internet Voice Calls, while Benin suspended the tax reportedly due to public pressure and critics from Human rights organizations.

According to Dr Wairagala Wakabi, executive director of Collaboration on International ICT Policy in East and Southern Africa (CIPESA), other African countries will likely introduce Social Media tax in future.

Cameroon, Gabon, Togo and a host of other African countries have been cited for shut down internet connectivity within the last two years mainly for political reasons.

Olumide Babalola, a Nigerian lawyer was quoted as saying: “Internet shut down will continue with impunity unless we rise up to denounce this ill in the strongest possible terms,”

“We must also find ways to circumvent the incessant censorship by governments on cyberspace” stated Dr. Wakabi.

Some activists and internet freedom advocates said most governments use security as an excuse to shut down Internet.

“Governments will always use ‘national security’ as an excuse to shut down the internet and repress freedom of expression ”, Sulemana Braimah, executive director of the Media Foundation for West Africa (MFWA) told attendees at the opening of the two-day event in Accra, Ghana last week. 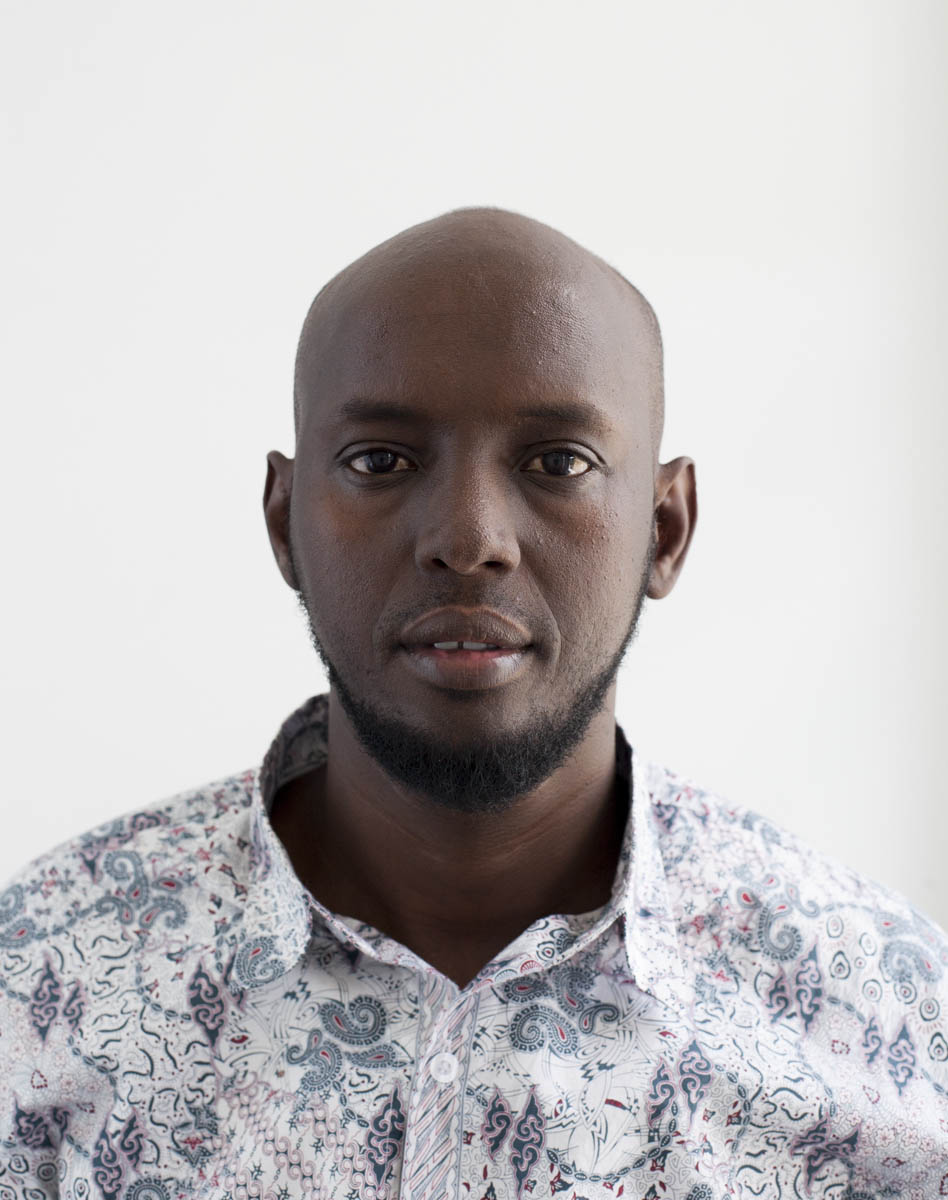