The Government of Ghana has kicked against calls for it to increase cocoa producer price for the 2018/2019 crop season, saying it is financially unwise.

According to the Deputy Agric Minister in charge of perennial crops, Osei Nyarko Kennedy, cocoa prices on the world market experienced about 34 per cent drop since 2016.

In early June 2016, the price of cocoa on the world market was $2950 per ton, dropping to the lowest of $1917 in the same month. It has, however, recovered by six per cent, selling at $2015 per ton, according to the latest pricing window on the International Cocoa Organization’s (ICCO) website.

“So, it’s the issue that anytime the price of cocoa comes down because there’s no cushion anywhere for the government, the price should have been reduced,” said the Deputy Agric Minister at a press conference in Accra.

“But the NPP government said no, we are not going to do that even though we came to meet the price at $7600 at the time that NDC was leaving office when they were fortunate to have a ton of cocoa to be around $2900,” he said.

Cocoa farmers in the Ghana have threatened to halt production if the government does not increase the cocoa producer prices for the 2018/2019 cocoa season.

The government has resolved to maintain the prices at GH¢475 per bag.

They want the government to buy the cocoa at GH¢1000 per bag.

The Deputy Minister, however, noted that it will be unwise to cow to the demands of the farmers when the government is incurring about GH¢2billion additional cost just to cushion the cocoa farmer in order to maintain the price at GH¢475 per bag.

“I can tell you,” he said, “if you want to measure the performance or you want to know which government thinks best for our cocoa farmers you don’t have to look far. It is the NPP government.”

He said the government is not cheating the farmers contrary to claims by the Minority in Parliament, stating that the Ghanaian cocoa farmer is earning more than its compatriot in Ivory Coast.

“Among all the cocoa producing countries in the world, it is only Ghana that’s paying higher producer price to its farmer than any other country. The government never shortchange the Ghanaian cocoa farmer.” 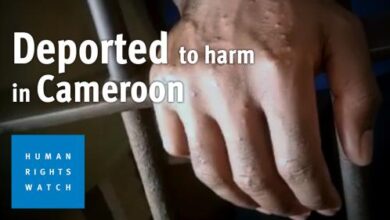