Chief Chekwas Okorie is one of  Nigeria’s new era evangelists of politics without bitterness. In this interview, Okorie reiterate reasons South-East and South-West Electorates should consider reelecting President Muhamadu Buhari for another four years rather than wait for another eight years before power shift to the South among other national issues. Excerpts:

How will you describe the state of the nation as we head towards 2019 general elections? 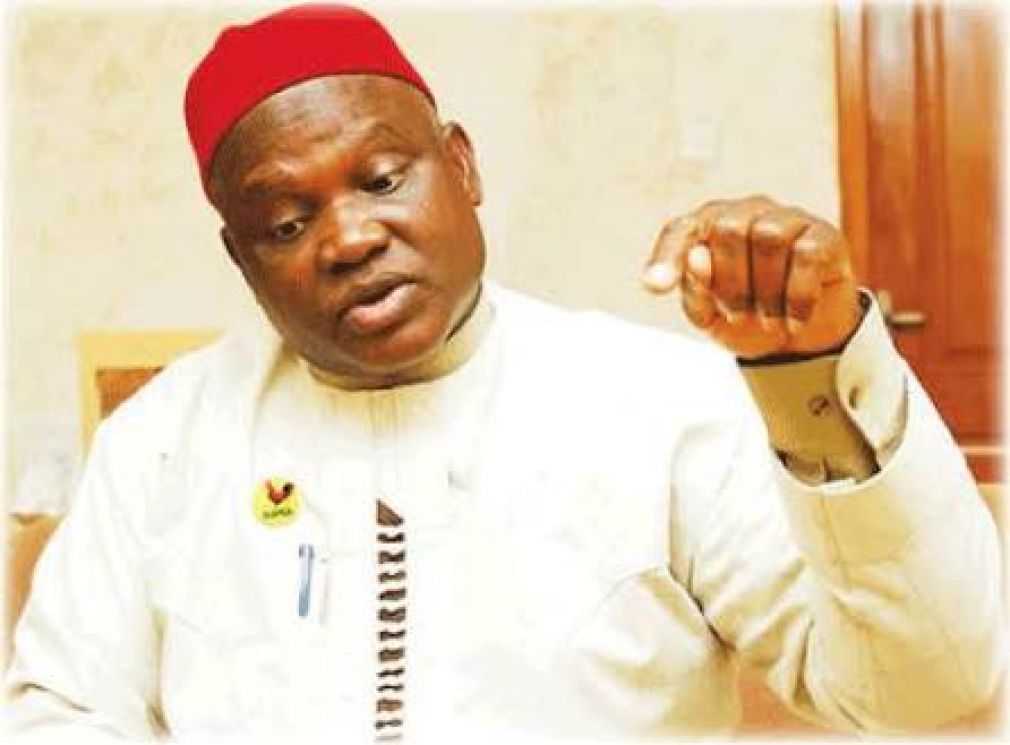 Nigeria is still a work in progress but It’s unfortunate that we are in election mood, at a time the nation’s 58th independence coincided with. While those in government are busy convincing Nigerians that they have done enough to be re-elected, those willing to take over from them believe differently. But for me, the government has not met the expectation of Nigerians since the end of the civil war. The deplorable state of our economy, the poverty level, the low GDP and the very embarrassing low power supply and corruption in the country among others has retrospectively worsen over the years. We don’t have any period since the end of the civil war which also mark the end of the first republic in which we will remember certain nostalgia to wish to be like that period. So for me.

Amid the challenges you enumerated, do you still perceive Nigeria at 58 as a work in progress or a failed state?

That is the tragedy of it. Nigeria is yet to have a leader that is patriotic enough to put national interest before ethnic and religious sentiment. That has been our bane and is the reason we are always particular about where a particular leader comes from. Everybody is concerned about the slow pace of development in Nigeria. Unfortunately those in power now are not interested in it. All of us have being canvassing for some of these things. My suggestion is for both the legislative arm and the executive should work together to better our nation. The Ping-Pong game between both arms of the government on the issue of the electoral act is needless. If that electoral act is signed into law and INEC employs the full electronic voting system then, Nigerian voters will be empowered enough to preside over his affairs all time and there will be more participation in the process and people will have more confidence in the transparency of the process.

But this administration is still bent on their giant strides to win the anti-corruption war, what do you make of this?

Nobody can take that from them, because they were able to fight the anti-corruption war headlong. But for some to call the anti-corruption war of this administration a selective fight is illogical. Because the issue of fraud and corruption does not expire. It’s a matter that last over time. And a government that is serious has to start from somewhere. If it’s one sided, who will they arrest, is it other innocent Nigerians or Chekwas Okorie  who had never gone near government resources or treasury. And some particular Nigerians had access to the treasury for 16 good years. So it’s a good point that anybody will start. If they start from there and another government comes to power, they can continue from there. I always remind those that says anti-corruption war is one sided of an Igbo proverb that says: A River can only drown somebody whose feet he has seen. If you have not gone near the river, how can it drown you? Are they saying if they stole and the other people stole, it should be cancelled; it’s only a corrupt man that will say that. They are not even ashamed that they had 16 years to rule and they messed the whole country up. They laid the foundation for recession. Less I sound like the ruling party spokesperson, everybody knows that with a higher source of revenue , by the time these government came, we had less than 7 billion dollars in foreign reserve now we are talking g about 42 to 46 billion in our foreign reserve despite the situation we have found ourselves, there have been indications of prudence in resource management.There is  nobody who will  say agriculture has not received the kind of boost they have never received in several years. Agricultural sector has begun to impact on urban migration. People are beginning to relocate to rural areas and they have comfortable lives and business in agriculture.

With these countless challenges, how will you describe the narratives of Nigeria’s independence?

Let thank God for survival, resilient and patience. Otherwise, our independent has not yielded the result of which we celebrate its arrival. We hear so many old brigade talk about the era of first republic in term of Awolowo, ZIK and  Amadu Bello. Thinking that the parliamentary system was better , many are saying we should go back to the old constitution but I don’t believe in going back, I believe in forward movement which should restructure Nigeria instead of retrogressing as the world is moving forward.

What is your own definition of restructuring if we are not going back to regionalism?

Restructuring is a forward looking idea not going back. We are restructuring under a presidential system. UPP is the only party that has self-determination in its manifestos and we talked about state policing and community policing. We also talked about referendum; people that need to opt out of Nigeria can be subjected to referendum. There are countries that have referendum in there constitution and have not broken up. That option will make anybody ruling Nigeria to be circumspect about the way he treat others. Ethiopia has exit clause in section 39 of their constitution and they have not broken up. Because the rulers are not riding rough shots on their citizens knowing that those citizens have options. UPP has a revolutionary agenda. And anything revolutionary is forward looking, not backward.

Some are still of the view that restructuring is about true federalism, is it anyway different from your agitation?

Yes, we have always reiterated that restructuring is embedded in true federalism. Its means each state will enjoy autonomy to develop at their own pace in true federalism which is also devolution of power. Here you remove most of what is in the legislative list, pass them to the concurrent list, state and local government will be more empowered with a commensurate revenue and allocation for their own development. Nigeria is so endowed with so much resources both human and capital that there is no state that will be left out if its manages its resources well. If that is done, the overall resources in the country will be very tremendous.

With the present style of leadership, can Nigeria ever achieve the Chinese experience in terms of development?

We can, if we change leadership. Our leadership recruitment is what 2019 election is providing for us. That was the reason I mentioned electronic voting that will make election process more credible. Because Nigerians knows what they want, if you do not allow them to get the kind of leaders they want, there is no way Nigeria can have the Chinese experience in term of advancement and development.

But electoral observers are of the view that INEC has done credibly well since 2010 to better the electoral process, what do you make of this?

Yes. INEC has improved on every election from Anambra to Edo, Ekiti and Osun. There is no doubt that INEC will not do better but the electronic voting is what INEC need more than any other thing because in an electronic voting, you will not require any security personnel on the way, there will be no ballot box to cart away, there will be no political thugs required, there will be no need for public holiday on election day, people can vote from their offices, farms and different places. During elections, If you are registered, you can vote in your ward with your smart phone even if you are in the South-East. It means even an illiterate that can use Automated Transaction Machine (ATM) card can vote and if you find E-voting challenging you can go to the polling booth to vote. The advantage is that E-voting does not permit multiple voting. In this way over 70-90 percent registered voters will participate. But as it is now, voters are still exposed to long queues and violence. INEC already has the infrastructure to do electronic voting but they just need the law to back it.

At 58, should Nigeria be counting gains or losses?

What Nigeria needs to be counting is survival as a nation because we had gone through civil war and we are still here. We went through the brink of other disintegration and we are still around. Let thank God for His grace but whether we are divided, we are. Whether we are faced with disintegration we are. Whether we are badly governed over a long period, we have been. So all of these are minuses but be that as it may, I am an optimist and I belief that the future is better.

Will you say this President Buhari’s led administration has fared well in terms of security?

His best may not be good enough, but he has done his best. You are aware that in his administration, we have more of international support in fighting our security ordeal. Machineries that Nigeria was denied by many world powers was made available. On Nigeria’s Independence Day, I was at Eagles square in Abuja to see the display of modern equipment which Nigeria acquired under this administration both Air-powers, Sea-powers and those on ground. I thing we have more mobile and motivated armed forces now than we have ever had.

Since the Nation’s Independence, can Nigeria boast of any formidable sector that is still functioning till date?

It has been battered history of sectors growing and falling at will. But in the past three and half years we are beginning to experience more certain growth and genuine infrastructural development. The Buhari’s administration attitude not to cancel contracts approved by previous because his government didn’t award them, and encouraging  contractors to go back to site is unprecedented. We are now beginning to look at railway as a source of transportation; Agriculture has a quantum lip in development and is affecting Urban Rural migration positively. So things may not be automatic but thing are looking up. For us at UPP we decided not to fill a presidential candidate so that we can use this period to consolidate and build a solid structure so in 2023. So for me, the Buhari’s administration is good to go for second term because there is nothing in PDP that Nigerians are missing that will make me want them to come back. I can live with another four years of Buhari but may not be able to endure another eight years of PDP. The reason is the person running under PDP moral baggage’s are known, his past are known and we know what they did with the opportunity they had when they were in power for 16 years. So a Leopard does not change his spots. The saying that the devil you know is better than the angels you don’t know but in a situation when there are two devils, you can choose the better devil. To Nigerians that are ethnic minded, they are faced with two Fulanis, the APC Fulani and the PDP Fulani.  It is left for you to choose your own Fulani. For me, Buhari has an uncompleted job and the way he is going is a path of progress. It is for Nigeria to decide what they want but I personally I will prefer another four years of Buhari before power shift to the South-West or South-East, than another eight years of another Fulani with the same spot and if you add it to the previous nightmare of the PDP it will be too much for Nigerians to bear.