WINDHOEK (Reuters) – Namibia’s president called on Monday for a change to the constitution to allow the government to expropriate land and re-distribute it to the majority black population.

“The willing-buyer willing-seller principle has not delivered results. Careful consideration should be given to expropriation,” President Hage Geingob said at the opening of the Second National Land Conference in the capital Windhoek.The southern African country wants to transfer 43 percent, or 15 million hectares (58,000 square miles) of its arable agricultural land, to previously disadvantaged blacks by 2020. At the end of 2015, 27 percent has been redistributed, according to the Namibia Agriculture Union.

“We need to revisit constitutional provisions which allow for the expropriation of land with just compensation, as opposed to fair compensation, and look at foreign ownership of land, especially absentee land owners,” Geingob said.

“It is in all our interest, particularly the “haves”, to ensure a drastic reduction in inequality, by supporting the redistributive model required to alter our skewed economic structure. We should all be cognizant of the fact that this is ultimately an investment in peace,” he said.

Namibia’s neighbour and regional economic powerhouse South Africa is also in the process of amending land ownership laws – a move that has shaken investor nerves locally and abroad, leading to a controversial tweet by United States President Donald Trump in August criticising the move by Pretoria.

As in South Africa, thousands of black Namibians were driven off their land in the 19th and 20th centuries, banished to barren and often crowded homelands known as Bantustans while being denied official ownership or tenure rights.

In the second quarter Namibia’s GDP contracted for the ninth straight quarter, the longest such streak since at least 2008.Reporting by Nyasha Nyaungwa; Editing by Richard Balmforth

South Sudan: The many barriers to aid 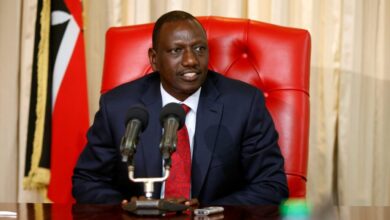