Mr. Mithika Mwenda, Head of the Pan African Climate Justice Alliance, said Kenya remained one of the few pioneering countries in the world that have a comprehensive law on climate change

NAIROBI, Kenya, October 10, 2018,-/African Media Agency (AMA)/- Kenya was on Tuesday lauded for leading Africa in trying to find solutions to threats posed by climate change through policy development, devolution and establishment of the Climate Change Council, among other initiatives.

In presentations at the country’s first ever National Climate Governance Conference, which was convened by the Economic Commission for Africa’s (ECA) partner organization, the Pan African Climate Justice Alliance (PACJA), to discuss national issues relating to the governance of the climate response in Kenya, speaker after speaker praised Kenya’s political will and continued high level political engagement in taking actions to combat climate change and its impacts.

ECA’s Mr. James Murombedzi, Officer in Charge of the African Climate Policy Center (ACPC), commended Kenya for developing a sophisticated framework for the governance of climate change in the country. The Kenya Green Economy Strategy and Implementation Plan (2016-2020) is designed to guide the country’s transition to a low carbon, resource efficient, equitable and inclusive future.

The plan recognizes that in order to succeed, substantial resources are required in the form of finance, investment, technology development innovation and transfer, and capacity building. It further recognizes that integration of green economy in the national and county planning and budgeting processes are also crucial.

“Climate change is cross cutting. It affects every aspect of life, and our ability to achieve the sustainable development goals or indeed any of the aspirations of Agenda 2063 is constrained by climate change. Because of its cross cutting nature, climate governance is complex. It requires the participation of multiple stakeholders, with sometimes conflicting interests,” said Mr. Murombedzi.

“This meeting is indeed significant in that it is a first go at mobilizing local governments, counties, the private sector and other CSOs to contribute to the climate response.”

The conference precedes the seventh conference on Climate Change and Development in Africa (CCDA – VII) that begins Wednesday and is co-hosted by the ACPC, PACJA and the government of Kenya.

Mr. Mithika Mwenda, Head of the Pan African Climate Justice Alliance, said Kenya remained one of the few pioneering countries in the world that have a comprehensive law on climate change thus providing an enabling environment for the implementation of the Paris Agreement without any ambiguity characterizing other jurisdictions.

“We must laud the cooperation between county governments through the Council of Governors, County Assemblies and civil society in Kenya to advance the green growth agenda and climate resilience through effective implementation of the country’s Climate Change Action Plan,” said Mr. Mwenda.

Under its National Determined Contributions (NDCs), Kenya seeks to undertake ambitious mitigation contribution towards the Paris Agreement, he added.

For her part, Acting Head of the United Kingdom’s Department for International Development in Kenya, Sarah Montgomery, also praised Kenya for being a climate leader not in only in Africa but the world over.

“Kenya has shown the world that it takes the threats of climate change seriously,” she said. “In the international arena and Africa specifically, Kenya is a climate leader as we see with the work on climate policy development and the establishment of the Climate Change Council.”

“Given progress here, existing political will and the continued high level political engagement at the international level, this is the right time for Kenya to play a stronger role in the Global Climate Fund decision making and the African climate finance debate,” Ms. Montgomery said, adding her government supports Kenya to continue to develop her leadership role on climate issues.

The overall objective of the conference was to strengthen climate governance for enhanced implementation of Kenya’s NDCs in the context of the 2030 Agenda for Sustainable Development. The meeting brought together key stakeholders to exchange information, share experiences and perspectives on the implementation of climate actions at County and community levels. 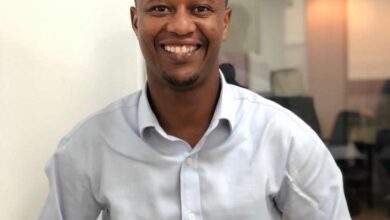