Officials present were able to conclude technical discussions on wording to ensure operability of a new replicated agreement, subject to final internal consultations

LONDON, United Kingdom, October 10, 2018,-/African Media Agency (AMA)/- Senior trade officials from the United Kingdom (UK) and Eastern and Southern Africa (ESA) States met in Johannesburg, South Africa, on 6 to 7 September to continue discussions to maintain the current trade relationship between the UK and the ESA countries after the UK leaves the EU. The UK and ESA states from Madagascar, Mauritius, Seychelles, and Zimbabwe were represented.

Officials present were able to conclude technical discussions on wording to ensure operability of a new replicated agreement, subject to final internal consultations.

Senior trade officials confirmed therefore that they will be in a position to ensure that the agreement can be in place between the UK and ESA States as soon as the EU-ESA EPA no longer applies to the UK.

This significant progress will ensure continuity of trade relations between the UK and ESA States once the EU-ESA EPA no longer applies to the UK, meaning that the parties will maintain the current market access and replicate the effects of the existing EU-ESA EPA. This confirmation, and the future UK-ESA EPA, are without prejudice to the terms of the EU-ESA EPA.

Senior trade officials welcomed the progress achieved regarding the UK and EU’s agreement on a time-limited implementation period between the EU and UK following the UK’s departure from the EU, and in particular welcomed the intention for the UK to be treated, for the purposes of EU international agreements, as an EU member state for the duration of the implementation period between the EU and UK.

Nevertheless, senior trade officials recognised that it is responsible to prepare for all potential outcomes. Senior trade officials confirm that they are therefore taking steps to ensure that their replicated agreement can be in place, if required, immediately upon the UK’s withdrawal from the EU in March 2019, in the event that no agreement is reached between the UK and EU. During discussions, attendees recognised the UK’s continuing obligations while it remains an EU member state.

Senior trade officials reaffirmed that they share a strong ambition to further strengthen their partnership in the future, in order to further benefit both sides. In line with ensuring continuity of effect of this agreement, bilateral transition will include those set of issues which were due to be revisited within the EU-ESA iEPA. As that agreement will no longer apply to the UK, they will now form part of a built-in agenda.

Senior trade officials re-affirmed the intention to cooperate closely in order to ensure that the mutual benefits of a UK-ESA EPA are fully realised.

Message of the Secretary-General to the Regional Oversight Mechanism of the Peace, Security and Cooperation Framework for the Democratic Republic of the Congo and the Region 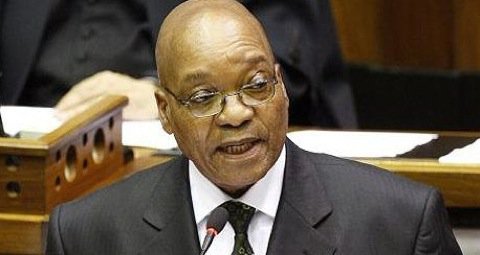