The former President John Dramani Mahama has called on President Akufo-Addo and his vice Dr. Mahamudu Bawumia to apologize to Ghanaians for claims that the NPP government wasn’t going to borrow to develop the nation.

The former President’s comment comes after Akufo-Addo said his government will borrow money because everybody borrows at the 2018 Tony Elumelu Foundation Entrepreneurship Forum in Lagos, Nigeria over the weekend.

According to Akufo-Addo “We will borrow money; everybody borrows money. The United States of America is one of the biggest debtors in the world. So borrowing money is not necessarily a betrayal of the concept of independence.

“The key for us in borrowing money is that we borrow money to create assets that will allow us to pay the money back. That is the key…If we borrow the money and use it properly it is an asset for us in expanding our economy and infrastructure,” he added.

But Mr. Mahama during his tour of the Greater Accra region said at Trobu that the hypocrisy by the NPP government is annoying.

“So, when Ghanaians are criticizing you today, it is because of what you said in the past, it is the hypocrisy that Ghanaians are angry with, and we’ve all your quotations about borrowing. You said: ‘Any idiot can borrow’. That’s what you said. And said: ‘The money is here, we don’t need to borrow to develop Ghana’.

“And today, if you have turned around and you see that you can borrow and invest in assets, you have to apologize to Ghanaians, and say: ‘we are sorry, we didn’t know, now we know, we’ll borrow’. But when you behave as if we are idiots, we don’t remember what you said and you say: ‘We’ll borrow because even the U.S.A is borrowing, of course, U.S. is borrowing, and so what? So, it is the hypocrisy of this government that is annoying Ghanaians and not that we don’t understand that you must borrow but you must not also over-borrow…” 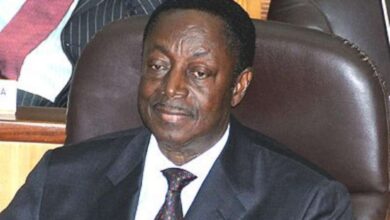