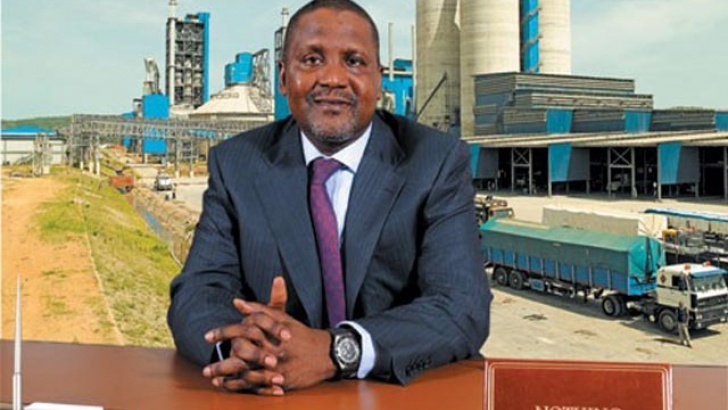 The President of Dangote Group of Companies, Aliko Dangote, was recognised and highlighted by Richtopia, A complete media brand covering effective leadership, emerging technologies, global economics, inspirational people and smart investing based in the United Kingdom (UK), yesterday as the richest man in Africa. Dangote was also named the sixth most charitable man in the world.

He recently flourished his foundation to the tune of $1.25 billion. Warren Buffett, Bill Gates and J.K. Rowlings occupied the first, second and third positions while Oprah Winfrey and Elon Musk were in the fourth and fifth spot respectively. Chairman of United Bank for Africa (UBA), Tony Elumelu was 11th on the list making it the only two Nigerians on the list.

Twenty years later, it became the largest private Foundation in sub-Saharan Africa with the largest endowment by a single African donor. The primary objective of Aliko Dangote Foundation is health and nutrition, supported by wrap-around interventions in education, empowerment and humanitarian relief. Among many others, it would be recalled that the foundation gave out a whopping sum of N2.5 billion, the same amount the Federal Government also donated for the purpose of ameliorating the sufferings of the flood victims during President Goodluck Jonathan era.

The Foundation, in line with its mandate to provide relief in times of disaster, spread its philanthropic works beyond the shores of Nigeria with a donation of $1 million to the government of the Federal Democratic Republic of Nepal. The gesture was meant to support the government’s efforts in providing relief to the victims of the earthquakes that occurred in the country. The Foundation also recently came to the aid of victims of the communal clash between Yoruba and Hausa traders and residents in Ile-Ife, Osun State.