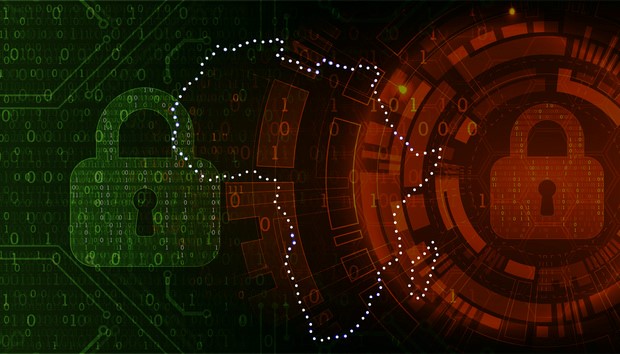 As business opportunities in Africa according to the Economist are booming in billions of dollars and are on the rise, ever increasingly available online services in banking and telecoms, offer interactions that require storage and access to user data. However, once data is online it has become vulnerable and available. It is not a published kind of availability, but crime is as professional and scientific as organizations have become. Both crime and protection are advancing in competition.

A cybercrime is simply any illegal activity carried out using a computer over the internet or wide network. Generally a computer is used to connect to another computer, server or network device. However, it is not a simple task to access a server on the other end as there are layers of security that challenge a criminal to breach.

Security Awareness in the African continent is on the rise but it seems insufficient in terms of keeping pace with development of cybercriminals from within and outside. It was reported that in 2014 cybercrime in Africa was increasing at a higher rate than anywhere in the world.

Africa has long been considered a fertile environment to commit criminal acts as awareness in governmental institutions has just started to pick. And in response there are countries speeding up like Egypt with its CBE (Central Bank of Egypt) enforcing strict regulations on the banking sector regarding user privacy and data protection, hence a general implementation of information security governance. This includes highly qualified individuals who possess information security know how.

Unfortunately, it has been reported by the Digital Guardian that increasing rate of cybersecurity talent shortage will amount to 3.5 million in 2021.

It has been indicated in a report developed by Data Group Connect focused on an economic correlation that focused on South Africa, Egypt, Kenya and Nigeria stated that cybersecurity directly affects an economies rate of growth.

IT and Information Security are two departments in any organization that work hand in hand along with other stakeholders to ensure that all 7 layers are secure using the latest technologies available.

Companies invest millions and billions of dollars on security devices and software and more to serve all the layers and make sure they are secure.

But it seems that on a yearly basis, security breaches and hacking incidents are a phenomenon that never cease to exist. On the contrary they are relentless, endless and unlikely to stop.

Today planet earth has literally become a global village. It is one connected platform that offers instant communication, fast paced transactions of finances and information. Alas, the faster the widespread of technology the more we are vulnerable to attacks. Most services if not all, require input of one’s personal information including location. Especially social media, telecoms and banks are required to protect user information not only from the outside but also from the inside.

We are not only talking about organizations but also individuals are targets. Phishing emails target both worlds. Phishing is a type of social engineering attack. A very common word coined to describe malicious emails or communications that aim to collect sensitive information about a user such as username, password and credit card details. One of the methods of phishing is email. Where you receive a fake message imitating a known social media platform, requesting password reset. Or direct you to a fake login page of social media. In this case, if you are doubtful or as a method of precaution, always enter a fake password and if you appear to be signed in then you are definitely on a phishing website.

This not only about Africa and how it is vulnerable aside from the rest of the world. In the UK almost 50% of reported crimes are cyber related. It was identified that cybercrime is simply any criminal activity that is taking place in cyberspace. Same as robbing a bank or stealing valuable documents from a business. It is literally a parallel dimension where people connect and interact. But anonymity is the one characteristic of this realm that authorities, governments, enterprises and financial sectors are fighting. All entities are working simultaneously on identifying all individuals that connect or interact with them.

Businesses and institutions lose confidential information and intellectual property as they lack practice of proper protection methods. The increase in cybercrime and analysis of loss urge governments to apply new legislations. On the other hand businesses realize the threat when they are exposed to an attack or witness a market under siege.

“Cath Hackett, VP of Product Portfolio at Becrypt, commented: “Cyber risk is fast emerging as one of the most significant risks to most businesses. The proliferation of mobile devices means that organisations can no longer point to their data center as the repository of all their data. Data is everywhere and therefore harder to control. Should your company’s confidential information be disclosed to your competitors the impact could be significant and include lost sales, lost customers and lower profit margins.” – Business Matters

In the second half of 2018 Facebook had its security department hit by a comet. After being under heavy scrutiny for user information privacy breach and dissemination with third parties, a stronger slap on the face came as a surprise. Over 50 million accounts were compromised

It is no secret that no one is immune to cyber-attacks. In the past few years many organizations fell victim to attacks. Sony Pictures, Hacking Team (Cyber Security)…

In short, cybercrime is inevitable. Try not to share your private information. Don’t use other people’s phones to make any transactions. Create complex passwords. Back up your data. Practice safe clicking (do not download any attachments or click on any links). Lock your devices with password, finger prints and face/ voice recognition.

To some people, living off grid seems to be more relaxing and hassle free. Others enjoy the world of IOT (internet of things). Connecting all your devices and home appliances to your network for automation and to the internet for updates and communication is the trend of all trends – But you are definitely open to prying eyes and attackers. Today cars and watches have been added to the equation IOT everything is connected to a cloud (server that can be breached).

Cyber-awareness should be the message of this era! 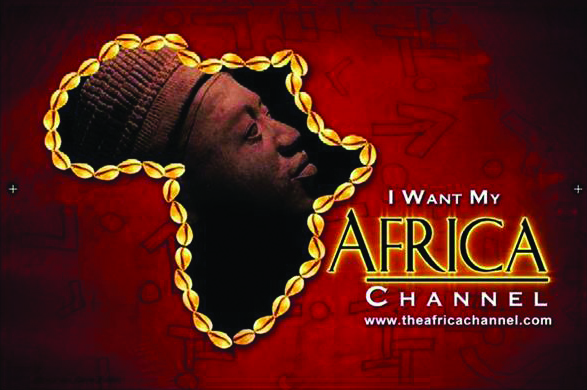 A VIEW INTO AFRICA,THE AFRICA CHANNEL