President Nana Addo Dankwa Akufo-Addo, has challenged participants of the high level retreat on the Promotion of Peace, Security and Stability in Africa to as a matter of urgency, develop a clear strategic plan that will aid the securing of Africa’s security.

Addressing the 9th High Level Retreat on the Promotion of Peace, Security and Stability in Africa on the theme: ‘Strengthening the African Union’s Conflict Prevention and Peacekeeping efforts,’ President Akufo-Addo said the African continent is blessed with a lot of youth, however, their continued unemployment challenge poses a continental security threat that must be dealt with within the shortest possible time.

“We are required to pay attention to the bubbling volcano that is the army of the young unemployed. The World Bank tells us that in forty African countries, over 50% of the population is under the age of 20. Indeed the median age across the continent is stated to be 19 years and five months. That is a lot of good energy that can be mobilized for the development of the continent. We must create opportunities and jobs for our youth or they risk becoming instruments of instability or targets of recruitment by terrorists,” the President said.

The President in the same vein noted that the high ranking officials drawn from the whole continent as well as the panel of the wise in their deliberations must develop strategies that would lead to security sector reform, peace support operations, the engagement of the youth and rehabilitation programmes to persuade them from joining extremist groups.

The AU Commissioner for Peace and Security, Smail Chergui, in his opening remarks said the retreat will map up and discuss emerging threats to peace and security on the continent such as youth unemployment, as observed by President Akufo Addo and propose solutions to same.

He added that the fight against conflicts on the continent requires the collaborative efforts of all African Union organs and partners. He urged all the AU organs and partners to join forces to fight for the peace of Africa and for her prosperity.

Special Representative of the UN Secretary General and Head of the UN office for West Africa (UNOWAS), Dr. Mohammed Ibn Chambers in his address at the opening ceremony said, “The UN has observed that violent conflicts on the continent has increased after decades of its decline. It is the recommendation of the UN therefore that, to deal with these increasing conflicts on the continent, African leaders must ensure that African countries are resilient through investments in inclusive and sustainable development.” 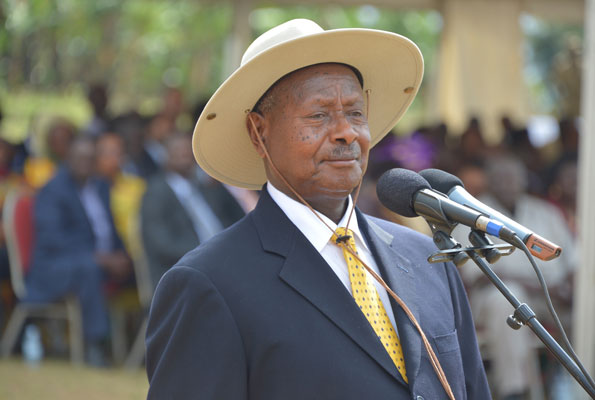 Migrant Women Exploited by Those They Trust